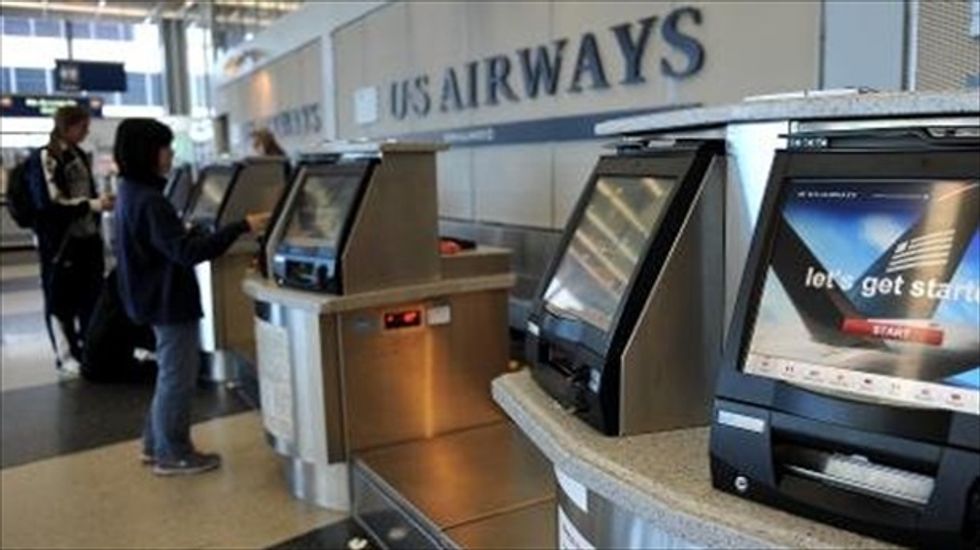 Customers check in at a US Airways ticket counter at Chicago's O'Hare airport on Aug. 13, 2013. [AFP]

The US Department of Justice said Monday it is still in talks with US Airways and American Airlines to settle competition concerns in their proposed merger.

Attorney General Eric Holder said the department remains deeply concerned about the impact of the merger, and was still ready to go to court on November 25 to block it if the two airlines are not willing to give up an adequate number of services.

"What we have tried to focus on is to make sure that any resolution in this case necessarily includes divestitures of facilities at key constrained airports throughout the United States," he told reporters.

"We will not agree to something that does not fundamentally resolve the concerns that were expressed in the complaint, and do not substantially bring relief to consumers."

The Justice Department sued in August to block the proposed $11 billion merger, which would create the world's largest airline.

The government, and several states which joined the suit, says it would give the merged airline near-monopoly power in some routes and airports, including Reagan National Airport in Washington.

The government says the deal would lead to higher prices and fewer services for passengers.

The companies reject that view, and pushed for an early court date to prove their case. The Justice Department had sought for a hearing next March.

Holder said the government had a specific number in mind for divestitures, but declined to give any details.

If a deal on divestiture cannot be reached, he said, "We are fully prepared to take this case to trial."