Kentucky teen chooses to sit out race rather than compete under 666, the 'mark of the beast' 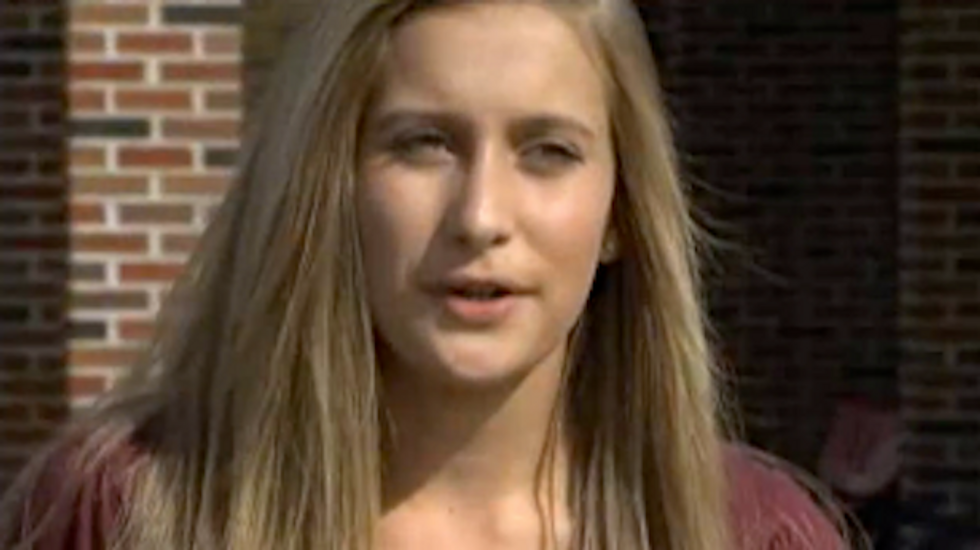 A southeast Kentucky teen refused to run in a regional cross country meet after race officials declined to swap her bib number.

Runner Codie Thacker said she was assigned a bib Saturday with the number, “666,” which many Christians associate with the biblical Antichrist or Satan.

The Whitley County High School student said she asked for another number, but officials with the Kentucky High School Athletic Association declined.

“I just don't believe that 666 should be a number that's anywhere on your body, and I did not want that number associated with me,” Thacker said. “It kind of made me sick.”

The number is mentioned as the “mark of the beast” in the Bible’s Book of Revelations, and some Christians believe it’s a harbinger of the apocalypse and try to avoid it.

Extreme fear of the three-digit number is prevalent enough to have its own name, hexakosioihexekontahexaphobia.

Rather than compete under that number, Thacker said she chose to sit out of the race she’d trained for since June.

“Whenever I didn't get to do it, of course, I was upset, because I'd trained all season for it, but in another sense, I stood up for my beliefs and I stood up for God,” Thacker said.

Thacker’s coach, Gina Croley, said she was sure the number was randomly generated, but she was surprised race officials wouldn’t issue her another number.

But KHSAA representative said the request wasn’t clear about the teen’s objection, and the randomly generated numbers are sent out early enough for runners to request changes.

“We've made adjustments to uniform codes and things like that in the past when it's known that religious reasons are in play,” said spokesman Joe Angolia. “Maybe had that been made more clear to meet officials, they would have made that decision.”

But Thacker and her coach said they were clear about the teen’s religious objection.

“I wouldn't have been more proud of her if she won the entire meet,” Croley said. “She stood on her principles; she stood for what she believed in.”

Watch this video report by WLEX: