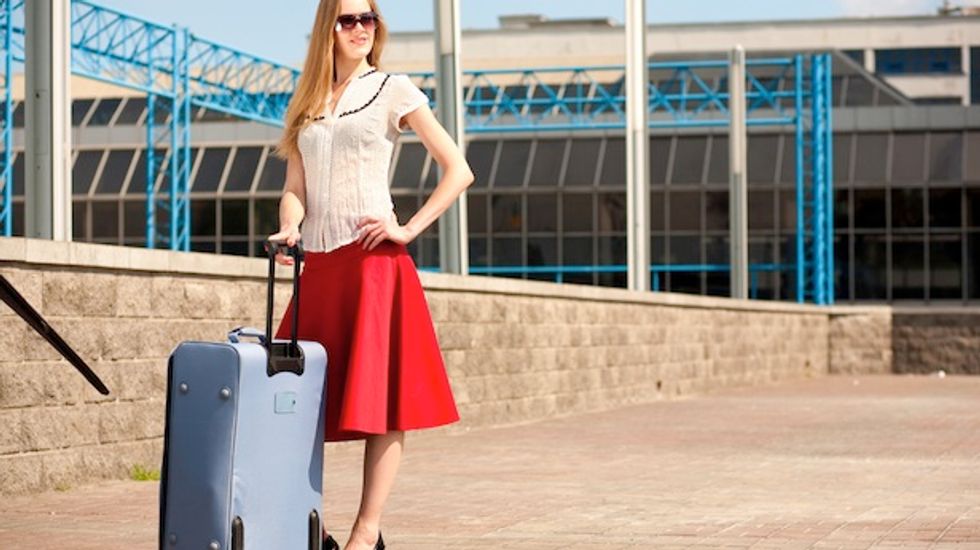 A Massachusetts man arrested for taking “upskirt” photos of women without their consent is arguing that the charges against him should be thrown out because they violate his right to free speech.

Michael Richardson was arrested in August 2010 after police said he tried to take surreptitious photos of women while riding on Boston’s Green Line subway, but his trial has been delayed until the state’s Supreme Court can rule on his appeal.

The 31-year-old Richardson’s attorney argued that women who reveal a body part, whether intentionally or not, while standing on a subway platform “can not expect privacy.”

“For example, say a woman is breast feeding in public and someone who is morally opposed to this or even a journalist takes a picture,” Menken argued. “The woman may be covered but for some reason the picture shows a little bit of her breast, (but) now that person who took the photo can be charged with the same thing.”

She told the Supreme Court that “peeping Tom” laws protect both women and men from being photographed while nude or partially nude in dressing rooms or bathrooms.

But Menken argued that law, as currently written, does not protect clothed people in public spaces.

But attorney Cailin Campbell argued on behalf of the state that people should reasonably expect that they wouldn’t have photographs taken underneath their clothing while in public.

Menken said the women in the photos could not be considered partially nude because their underwear covered their private parts.

“They have to be in an exposed state to violate the current law and these women were not,” Menken said.

She also argued that Robertson was not secretive about taking his photos, which she said was necessary to violate current laws.

“The use of a cellphone in public is not secret surveillance,” Menken argued.

But the state’s attorney argued that Robertson was, in fact, being sneaky, citing witness statements that he’d been standing up and pointing his phone toward women discreetly at his waist.

Campbell also argued that Robertson’s use of a camera allowed him to see portions of women’s undergarments that he wouldn’t been able to see otherwise.

But Menken disagreed, saying that anything Robertson saw was in plain sight.

“He did not place his camera directly up a women’s skirt,” Menken argued. “He saw what was in front of him.”

Robertson was charged with two counts of photographing an unsuspecting nude or partially nude person, including an undercover transit officer and another transit passenger.

If convicted, Robertson could face more than two years in jail.

[Young woman, blond, against the backdrop of the station via Shutterstock]