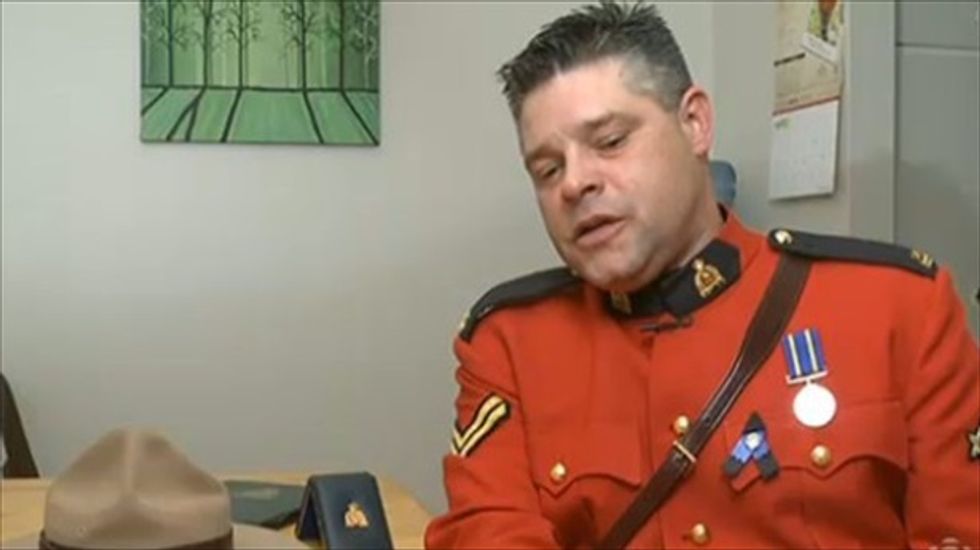 A Royal Canadian Mounted Police officer with a medical marijuana prescription for job-related stress provoked a national debate Thursday over whether he should be allowed to smoke in uniform.

He told Canada's public broadcaster CBC that he should be allowed to smoke joints while in uniform, but received a cool response from his bosses who fear tarnishing the RCMP's image.

Reactions poured in from across Canada both in support and against the corporal's plea, including from Attorney General Peter MacKay who said it would "set a very poor example for Canadians."

Health Canada established regulations for accessing cannabis for medical purposes in 2001 after the courts struck down a broad prohibition of marijuana.

But it remains controversial.

Francis told the Canadian Broadcasting Corporation, which aired video footage of him smoking a joint in his RCMP red serge, that pot has helped relieve symptoms of post-traumatic stress related to 21 years on the job.

His prescription allows for three grams, or up to 15 joints, a day, though he said he does not typically smoke that much.

"I get up in the morning, have my coffee and the marijuana. I go at lunchtime, have a marijuana joint, and then again in the evening. That would be my medical regime. But that may change with my tolerance to THC. It may take two joints in the morning, I don't know," he said.

"I'm still functional," he added. "But your nervous system is relaxed, and that makes a big difference."

"I had to really make a moral decision about it. Because the RCMP and law enforcement, they seem so anti-marijuana, and that's a hard thing to overcome, so I had to make that decision for my own health. It wasn?t based on my career or anything."

RCMP Deputy Commissioner Gilles Moreau meanwhile told the broadcaster that officers with a medical marijuana prescription can take their medication.

But he said they should not do so while in uniform in public.

"Definitely a member that has been prescribed medicinal marijuana should not be in red serge taking his medication," Moreau was quoted as saying.

"It would not be advisable for that member, it would not portray the right message to the general public, it's definitely not something we would support or condone."

The RCMP noted that Francis has been assigned to desk duty and does not carry a gun.

Watch CBC's story on Francis' case, aired on Thursday, below.