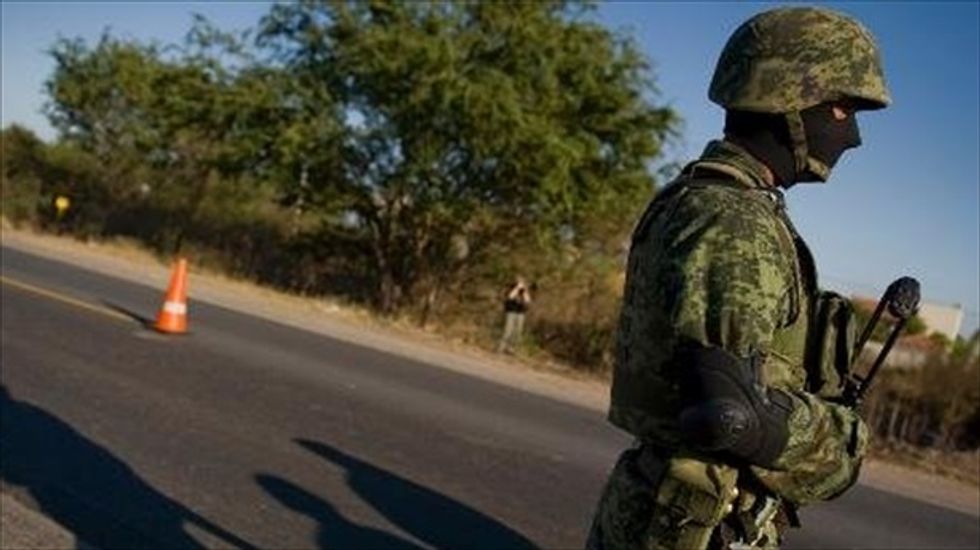 A Mexican soldier stands guard in a checkpoint of the road that links Navolato and Los Mochis, in Sinaloa State. [AFP]

Gunmen killed a Mexican sports journalist who was driving in a car in the northern state of Sinaloa, officials said Tuesday.

Three carloads of gunmen chased Alberto Angulo Gerardo's car and fired when he refused to stop in the small town of Angostura, a police official told AFP on condition of anonymity.

"The car rolled over when its driver, the journalist, lost control during the chase," the official said.

Angulo Gerardo was the presenter of a sports show on a local radio station in Hermosillo, a city in the neighboring state of Sonora.

He was traveling with three women who were taken to a hospital. His relationship with one of the women is unclear, but two of them were apparently his sisters. One of them had bullet wounds.

Mexico's National Human Rights Commission launched an investigation into the killing, which took place in a state dominated by the Sinaloa drug cartel.

But the Sinaloa state police director, Jesus Antonio Aguilar, said the gunmen were apparently trying to steal the journalist's car.

Mexico has become one of the most dangerous countries in the world for journalists, with at least 84 media workers killed there since 2000, according to the nation's ombudsman.

Another 20 journalists are missing amid drug violence that has killed more than 77,000 people across Mexico since 2006.