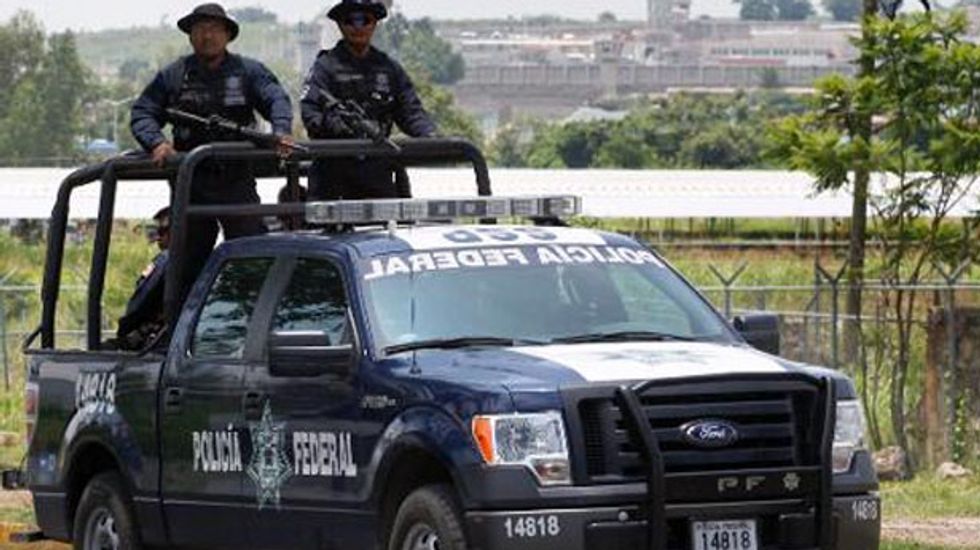 His next ambitious project aims to open the state-controlled oil sector to foreign investment, a plan that will draw new protests led by the left when he marks one year in power on Sunday.

But despite his efforts to focus on the economy, security remains in the spotlight after more than 70,000 people were killed in drug violence during his predecessor's six-year term.

"The numbers for these first 11 months are encouraging," Pena Nieto said on November 7. "There has been an noticeable drop in homicides committed in the country."

The latest official figures show that 15,350 murders were committed between January and October compared to 21,700 in 2012 -- though the government no longer says how many are linked to drug violence.

Pena Nieto can also point to a major coup against the ultra-violent Zetas cartel with the capture of drug lord Miguel Angel Trevino in July.

But kidnappings and extortion schemes have soared, prompting several towns in the southwestern states of Michoacan and Guerrero to form vigilante police units.

This month alone, investigators have unearthed more than 70 bodies from mass graves found in three different states, including around 50 buried between the states of Jalisco and Michoacan, a region hotly contested by drug cartels.

"It has not been a catastrophic year, but it certainly has not been good," Alejandro Hope, a former Mexican intelligence official, wrote in his blog on animalpolitico.com.

"We can discuss the reduction of homicides all we want, but there is without a doubt no dramatic improvement of the security conditions," he said, estimating that murders will fall by six to 11 percent this year.

While the homicide rate has fallen, kidnappings have surged from 1,317 in 2012 to 1,425 in the first 10 months of this year and extortion is on pace to exceed last year's trend.

Human Rights Watch sent Pena Nieto a letter this week expressing "disappointment" with this "failure to make progress on addressing serious human rights abuses in Mexico," but the government responded that cases of torture by the authorities had sharply fallen.

Pena Nieto has made crime prevention a centerpiece of his security strategy to steer young people away from a life of crime, a plan that officials acknowledge will take time to show results.

The government also touts an improvement in security coordination between federal and local authorities as well as an emphasis on intelligence gathering.

A plan to create a new militarized police force, or gendarmerie, has been pared down and its launch delayed to July, while the deadline to vet officers nationwide to weed out the corrupt has also been pushed back.

In the meantime, Pena Nieto has kept troops on the streets, maintaining the centerpiece of former president Felipe Calderon's strategy, which experts blame for contributing to the soaring violence.

In May, he deployed thousands of troops to Michoacan amid confrontations between the Knights Templar drug cartel and vigilante groups that formed in several towns fed up with gang violence.

"You have to take a nuanced look at public security," said Javier Oliva, political professor at the National Autonomous University of Mexico, stressing that the focus on crime prevention is a major change.