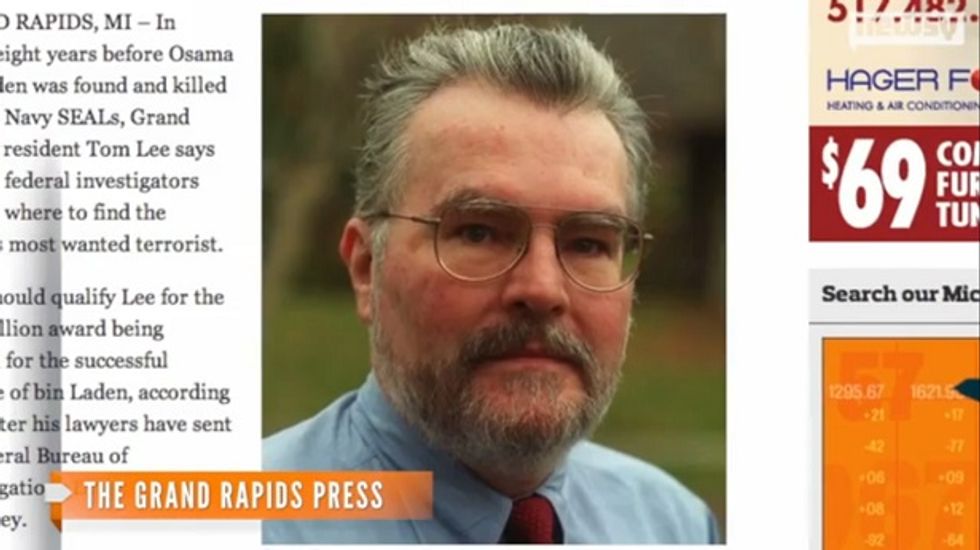 Tom Lee, 63, of Grand Rapids, Mich., claims to have "accurately reported" in 2003 to an FBI special agent that Osama bin Laden was hiding in a compound in Abbottabad, Pakistan.

Lee, a gem merchant, has now retained a lawyer and is seeking the $25 million reward for giving a tip that lead to the Al-Qaida leader's discovery, according to a letter sent in August to FBI Director James Comey by an attorney for the Loevy & Loevy firm.

The government has declared that the raid on bin Laden's compound came as the result of electronic surveillance of his couriers, and would pay no bounty for bin Laden. Lee's account differs from numerous published reports noting that the bin Laden compound had not been completed until 2005. U.S. officials were quoted as saying it was believed bin Laden didn't move to the complex until early 2006. One of bin Laden's wives who was taken into custody following the 2011 raid reportedly told interrogators they'd been there for five or six years.

Watch a report about Lee's efforts below.