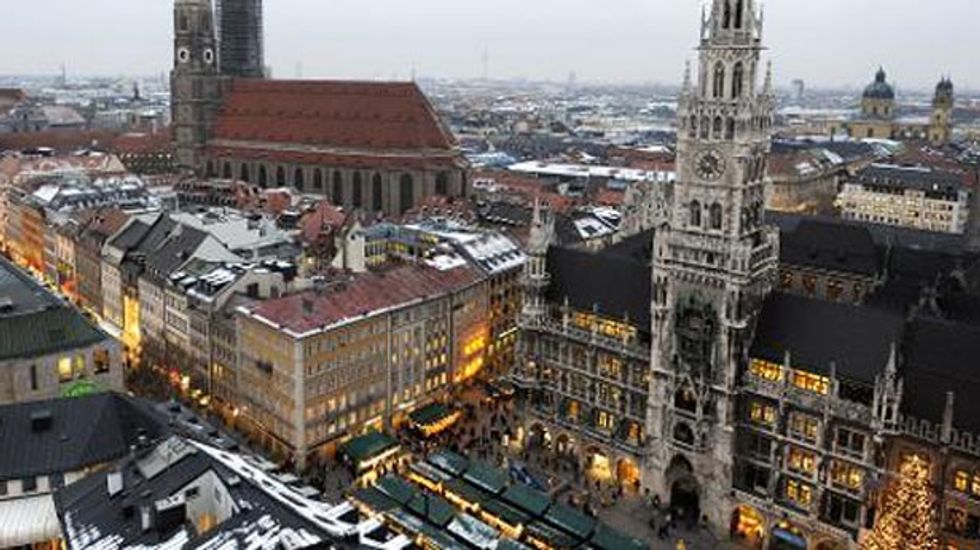 The discovery in a rubbish-strewn flat in Germany of nearly 1,500 paintings including works by Picasso and Matisse looted by the Nazis sparked urgent calls Monday to hunt for their rightful owners.

The shock find, valued at an estimated one billion euros ($1.3 billion dollars), was reported Sunday by news weekly Focus. Authorities repeatedly declined to comment on the trove apparently uncovered in 2011.

But German government spokesman Steffen Seibert said Berlin had been aware of the case for "several months" and was assisting an investigation by public prosecutors with experts in Nazi-era stolen art.

Hundreds of the modernist masterpieces are believed to have been stolen by the Nazis from Jewish collectors.

"I think it's the biggest single find of Holocaust pictures that there's been for years, but it's still a tiny fraction of the total number of pictures that we're looking for," Julian Radcliffe, chairman of the Art Loss Register, told AFP.

"They were the sort of pictures that the Nazis would have looted, either to sell for hard currency, or in certain cases because they wanted them for their own museums, particularly if they were Old Masters."

Investigators came upon the paintings during a 2011 search of an apartment belonging to the now 80-year-old son of art collector Hildebrand Gurlitt, who had bought them during the 1930s and 1940s, according to Focus.

The search was carried out because the son, Cornelius Gurlitt, was caught by customs authorities on a train from Switzerland to Munich with a large amount of cash.

The collection included many of the masters of the 20th century, among them Pablo Picasso, Henri Matisse, Marc Chagall and the German painters Emil Nolde, Franz Marc, Max Beckmann and Max Liebermann.

The artworks lay hidden amid old jam jars and junk in darkened rooms in Gurlitt's apartment in the southern city for more than half a century, the magazine said.

Gurlitt, a recluse without a job, had sold a few over the years, living off the proceeds.

His father, despite having a Jewish grandmother, had become indispensable to officials in the Third Reich because of his art expertise and vast network of contacts.

Hitler's propaganda minister Joseph Goebbels put Gurlitt in charge of selling the art, much of which the Nazi party deemed "degenerate", to foreign buyers abroad.

However Gurlitt apparently secretly sold some of the works to Germans and hoarded the rest, having claimed after the war that the masterpieces were destroyed during a wartime bombing raid on his Dresden flat.

The works are now stored safely in a customs warehouse outside Munich, Focus said.

'Tip of the iceberg'

The remarkable discovery touched off calls for an exhaustive search for the provenance of the paintings, at least 200 of which were officially reported missing and thought lost forever.

Anne Webber, founder and co-chair of the Commission for Looted Art in Europe, called the case "the tip of the iceberg".

"People have been looking for their looted art for 75 years now so if there are 1,500 paintings here it stands to reason that these are a lot of looted paintings that belong to families which should be returned to them," Webber told BBC television.

"There was a network of them -- particularly in Bavaria where this was found -- and they laundered the looted art and they also helped Nazis, who had art but didn't know how to dispose of it, to launder it."

She said the fact that German authorities apparently made the discovery two and half years ago and had still not published a list of the works or located a single rightful owner raised troubling questions.

"There's a culture of secrecy," she said.

Among the paintings discovered was a Matisse that had belonged to the Jewish collector Paul Rosenberg.

Rosenberg, who fled Paris leaving his collection behind, was the grandfather of Anne Sinclair, the former wife of the disgraced French politician Dominique Strauss-Kahn.

The Nazis plundered artworks in Germany and across Europe before and during World War II.

Thousands of stolen artworks have since been returned to their owners or their descendants, but many more have never resurfaced.

"The value to the families is not to do with the financial value of them," she said.

"These were works that were taken from families whose lives were utterly destroyed or transformed by the Nazis, and so for them the return of this art is both justice and a form of reconnection to that life that was taken away from them."