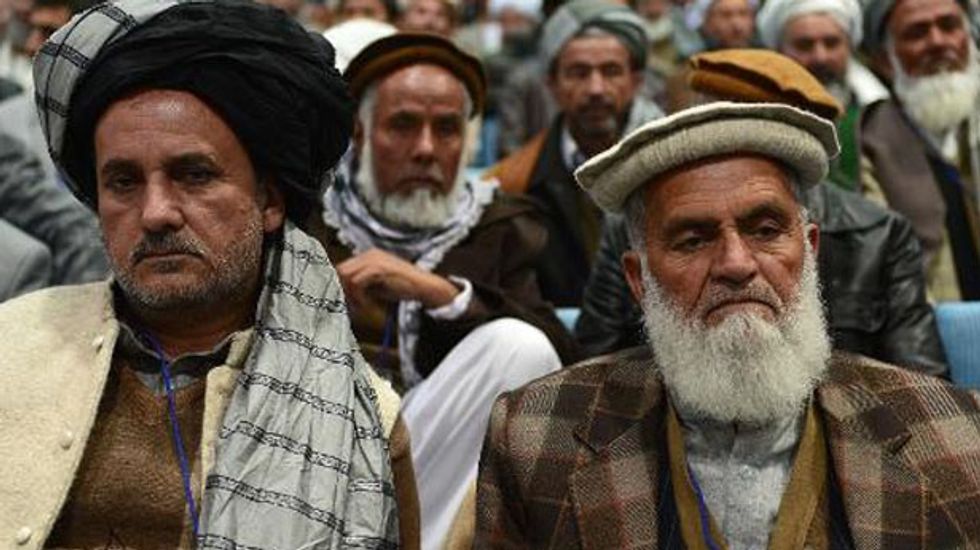 US-led NATO forces in Afghanistan on Friday vowed to investigate an airstrike that President Hamid Karzai said killed a two-year-old boy, as acrimony deepens over a deal to allow US troops to stay in the country after 2014.

Civilian casualties have been one of the most sensitive issues of the 12-year military intervention in Afghanistan, and Karzai warned that the latest incident threatened the proposed bilateral security agreement (BSA) with Washington.

The NATO coalition acknowledged reports of the boy's death and said it "deeply regrets any civilian casualties caused by this airstrike" on Thursday in the southern province of Helmand, a hotbed of the Taliban insurgency.

Karzai, whose troubled relationship with the US has again erupted in public over the security agreement negotiations, has often used civilian deaths caused by NATO to berate the international coalition for its failures in Afghanistan.

Karzai "strongly condemns the airstrike by NATO forces on a house which killed one child and wounded two women," a statement from his office said late Thursday.

"This attack shows American forces are not respecting Afghan lives... As long as unilateral acts and atrocities continue by American forces on our people, we won't sign this BSA."

The airstrike was launched from an unmanned drone and hit the village of Faqiran in Helmand on Thursday morning, the statement said.

NATO's International Security Assistance Force said that the strike targeted an insurgent riding on a motorbike, but it did not confirm that a drone was involved.

Karzai, who is due to step down ahead of presidential elections in April, has been stalling over the security pact that would see some US troops to remain in Afghanistan after next year for training and counter-terror missions.

About 75,000 NATO combat troops still deployed in Afghanistan are due to withdraw by the end of 2014 after fighting the Taliban since the Islamists were forced from power in 2001.

Helmand provincial spokesman Omar Zwak told AFP that Thursday's airstrike had targeted a Taliban commander but had instead killed a child called Rafiullah.

The US has stressed that the BSA cannot be delayed further as NATO combat forces plan their withdrawal, and has warned that vital international aid was at risk due to the extended postponements.

Karzai last week refused to sign the BSA promptly despite a "loya jirga" assembly that he convened voting for him to do so, and he has since raised new conditions with US negotiators -- provoking frustration in Washington.

"We very much welcome the conclusions of the loya jirga," US Ambassador James Cunningham said on Wednesday in the western Afghan city of Herat.

"As the jirga recognised, this is a strong agreement that benefits Afghanistan and we believe it benefits the United States as well.

"It provides clarity to Americans as we need to make important decisions of our own... We have a good agreement and we?re prepared to sign it in the near future."

A similar US deal with Iraq collapsed in 2011 leading to a complete US troop pull-out and the country is now in the grip of savage sectarian violence.

Analysts say Karzai is keen to secure a reputation as a strong nationalist leader who stood up to foreign powers before he leaves office, even at the risk of alienating Afghanistan's biggest aid donor.

The Taliban, who before the loya jirga had threatened to target delegates if they backed the BSA, condemned the proposed deal as a "pact of slavery with America".