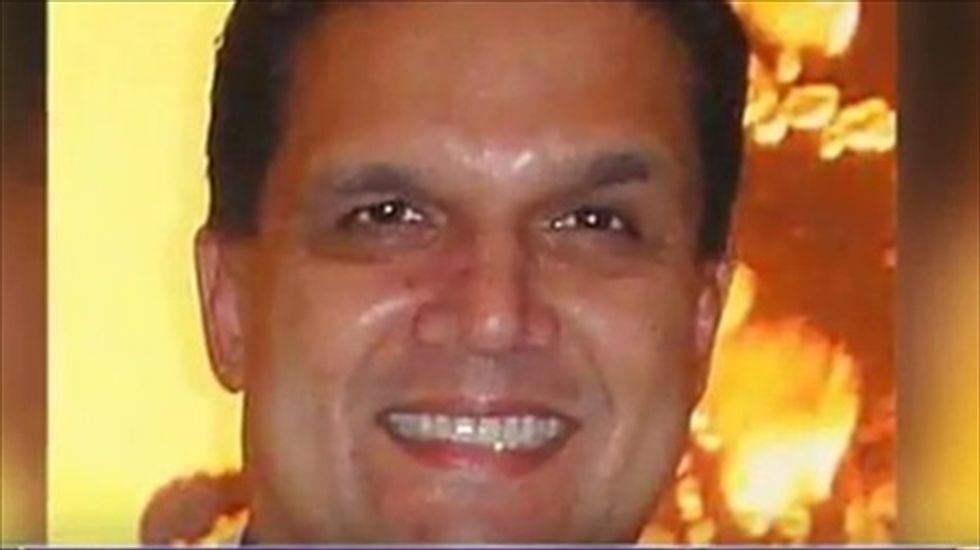 Three U.S. Navy officers have been arrested for their connections to a Malaysian military contractor who allegedly supplied them with prostitutes, hotel rooms and concert tickets in exchange for classified information.

According to CNN, Leonard Francis -- known as "Fat Leonard" in military circles -- appeared in court on Friday alongside 46-year-old Cmdr. Michael Vannak Kem Misiewicz, who reportedly redirected U.S. vessels to ports where Francis would bill the Navy at exhorbitant rates through his company, Glenn Defense Marine Asia Ltd.

The Associated Press reported that 41-year-old Cmdr. Jose Luiz Sanchez and 44-year-old John Bertrand Beliveau II, a special agent with the Naval Criminal Investigative Service (NCIS), were also arrested. Beliveau is accused of keeping Francis abreast of the investigation into his activities.

Francis, whose nickname stems from his allegedly weighing more than 400 pounds, allegedly paid for his co-conspirators' services with material goods, hotel rooms and other perks like giving Misiewicz tickets to see the musical The Lion King and a Lady Gaga concert. CNN reported that Misiewicz and Francis often communicated via email, and referred to each other as "Little Bro" and "Big Bro," respectively.

"It's pretty big when you have one person who can dictate where ships are going to go and being influenced by a contractor," retired Rear Adm. Terry McKnight told the AP. "A lot of people are saying, 'How could this happen?'"

Francis' opulent lifestyle and gregarious nature reportedly made him a well-known figure in Naval circles in the area, and made several officers leery of him.

"He's very charming, he's very social," retired Navy Capt. Kevin Eyer told CNN. "Whereas I might be at this party and I'll have a Budweiser. Leonard is drinking Dom Perignon."

The Trump-backed election denier running to be Arizona Secretary of State raised eyebrows after revealing in a Thursday evening debate he has been interviewed by the U.S. Department of Justice and the House Select Committee Investigating the Jan. 6 Attack on the U.S. Capitol.