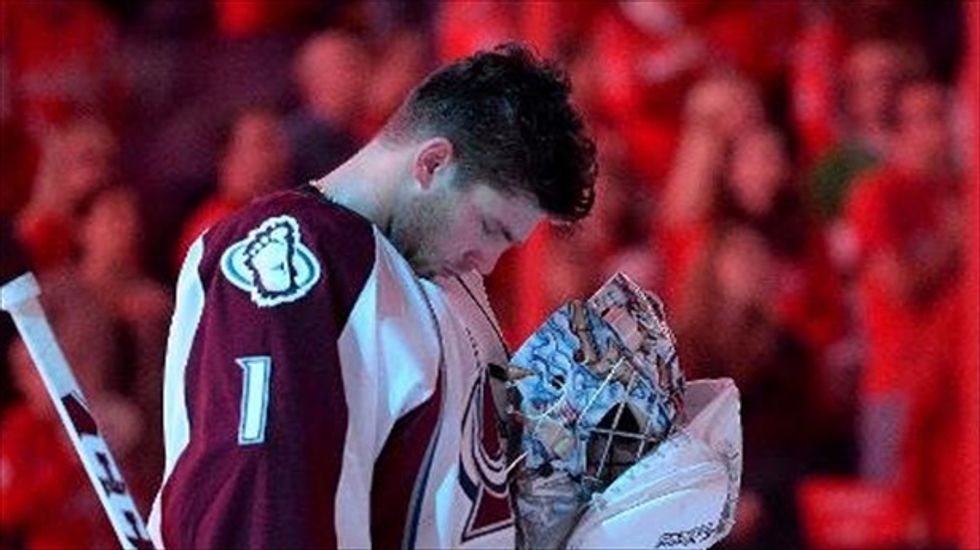 The arrest in the United States of ice hockey star Semyon Varlamov on assault charges prompted shock and disbelief on Friday in Russia, where he is seen as key to the national team's performance at the February Winter Olympics in Sochi.

The 25-year-old Russian was arrested in Denver and freed on bail on Thursday on charges of assaulting and kidnapping a woman named in media reports as his model girlfriend Yevgenia Vavrinyuk.

Varlamov, until now considered the number one goaltender for the Russian team, has insisted on his innocence.

His arrest puts in doubt his appearance at the Winter Olympics in February, where Russia is hoping for a gold-medal-winning performance by an ice hockey team packed with NHL stars.

"It would be better not to get news like this 100 days before the Olympics," Valery Fesyuk, executive director of the Russian Ice Hockey Federation, told Sovetsky Sport.

The head of the parliamentary sports committee Igor Ananskikh suggested Varlamov's arrest could somehow have been engineered to prevent his representing Russia.

"The main aim in my view is to exclude him from training sessions, from games, so that he gets out of practice, and God forbid, even misses the Olympics," he told RIA Novosti.

In a video interview with the Denver Post newspaper, Vavrinyuk alleged that Varlamov had drunkenly attacked her in the early hours of Tuesday.

Russian commentators overwhelmingly expressed support for Varlamov, who has said he is innocent, while casting doubt on the integrity of the alleged victim.

"I think this is the latest attempt to mire the reputation of a good person who is beautiful in every sense," his Russian agent Vyacheslav Makhrensky told Sport Express daily.

Sport Express's US correspondent Slava Malamud called Varlamov "the most calm, balanced and serious" of players, adding bluntly: "I don't believe it."

"We advise Semyon to choose his partner in life more carefully. In the US they are ready to blow up any bruise into a big case, especially if a famous person is involved," wrote Sovetsky Sport.

Ice hockey is very much a national passion in Russia, although many of its top stars play abroad in North America.

Varlamov is on a $8.5 million three-year contract with the Colorado Avalanche team. He previously played for the Washington Capitals and Yaroslavl's Lokomotiv in Russia.