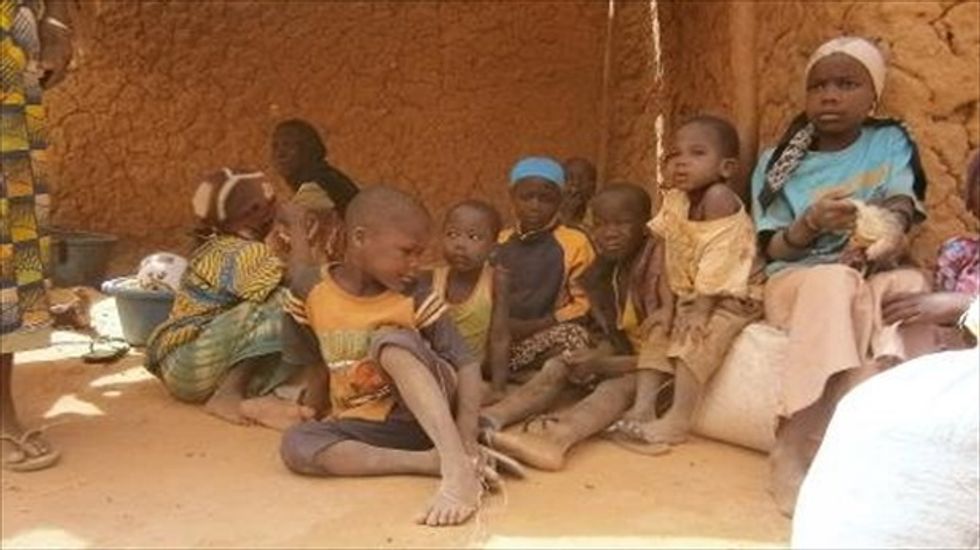 migrants wait on November 4, 2013 in Arlit after the Niger authorities rescued 72 of them stranded in the scorching Sahara desert. [AFP]

The Niger authorities on Monday rescued 72 illegal migrants stranded in the scorching Sahara desert after their truck got a flat tyre.

The people who found them were on their way to the burial site for some of the 92 migrants who died of thirst after a similar incident last month.

"They were spotted in the middle of the desert by a delegation from Agadez that was on its way to the graves of the migrants who died recently," Azaoua Mamane, from the Niger-based aid group Synergie, told AFP.

A local security official confirmed the rescue but provided no details.

Mamane said the group, mostly women and children under the age of 10, were on their way back from Algeria.

Upon hearing of last month's tragedy, in which 92 migrants perished stranded in the desert when their truck broke down, they had decided to leave their life of begging in southern Algeria and return home.

One of the group's rescued women, Baraka Souley, said the migrants, from southern Niger, "were voluntarily returning to their homeland after those horrible deaths".

She said their truck, which had left from the main southern Algerian town of Tamanrasset, burst a tyre in the desert, causing a panic among the migrants.

They were eventually driven back on Monday to Arlit, the last town in northern Niger before the border with Algeria, in vehicles sent by the governor of nearby Agadez.

Agadez, the main city in northern Niger, is a major transit point for migrants hoping to eke out a living as beggars in southern Algeria and others heading to Libya and planning to cross the Mediterranean to Europe.

The UN's Office for the Coordination of Humanitarian Affairs estimates that at least 30,000 economic migrants passed through Agadez between March and August of this year.

The authorities in the impoverished landlocked west African country announced the arrest of dozens of migrants attempting to cross the desert into Algeria at the weekend.

The governor of Agadez promised to crack down on smuggling networks in the region.