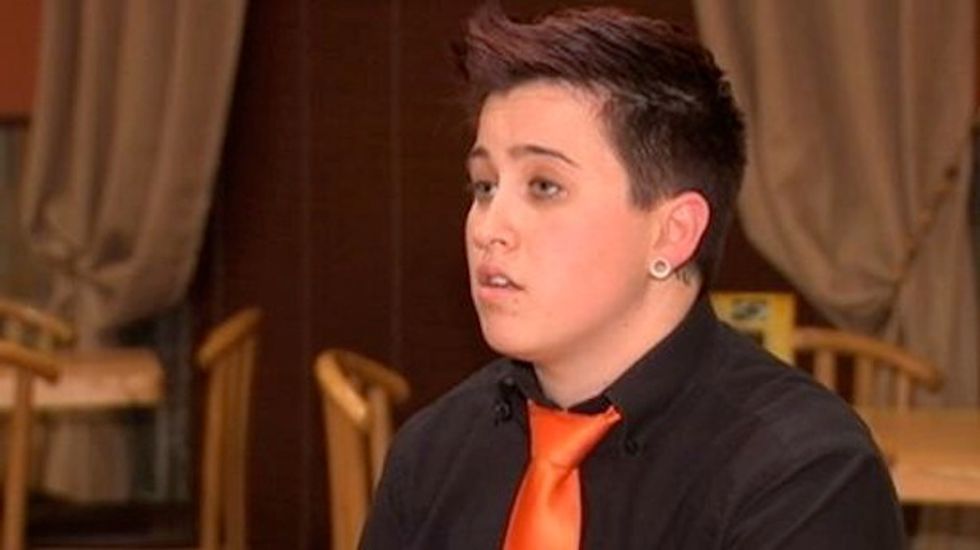 A couple derided online responded to accusations of leaving a homophobic note against a lesbian New Jersey server, producing a copy of their receipt and a credit card statement indicating that they not only tipped the waitress, but did not insult her "lifestyle."

WNBC-TV reported on Tuesday that the husband and wife, who chose not to identify themselves, came forward with a receipt from their encounter earlier this month with Dayna Morales, who had gone online with allegations that they stiffed her on the tip for a $93.55 bill at the Gallop Asian Bistro in Bridgewater.

"It's a disgusting thing to do," the man told WNBC-TV. "The restaurant profits from this. Obviously Dayna is profiting from this."

Morales also accused the couple of writing, "I'm sorry but I cannot tip because I do not agree with your lifestyle and how you live your life" on the bill, and took her complaint to the "Have A Gay Day" community page on Facebook, which helped her story get passed along online.

"Basically someone isn't being honest," the community administrator posted on Tuesday. "Either if that's the restaurant, the server Dayna, another employee if that's even possible, or the customer."

The couple denied that it was their handwriting used for the message on the receipt, and gave WNBC a statement they said was their copy of the bill showing an $18 tip on top of the original charge, as well as a Visa credit card bill for $111.55 for the transaction.

When asked about the couple's allegations on Tuesday, Morales told WNBC , "That's not my handwriting. I don't know."

Managers at the bistro reportedly could not produce the receipt in an interview with WNBC, nor did the have an explanation for the $111.55 charge. In a separate statement, the restaurant said it was "aware of the allegations and currently have no comment pending an internal investigation."

Watch WNBC's story on the couple's response to Morales' allegations, aired on Tuesday, below.