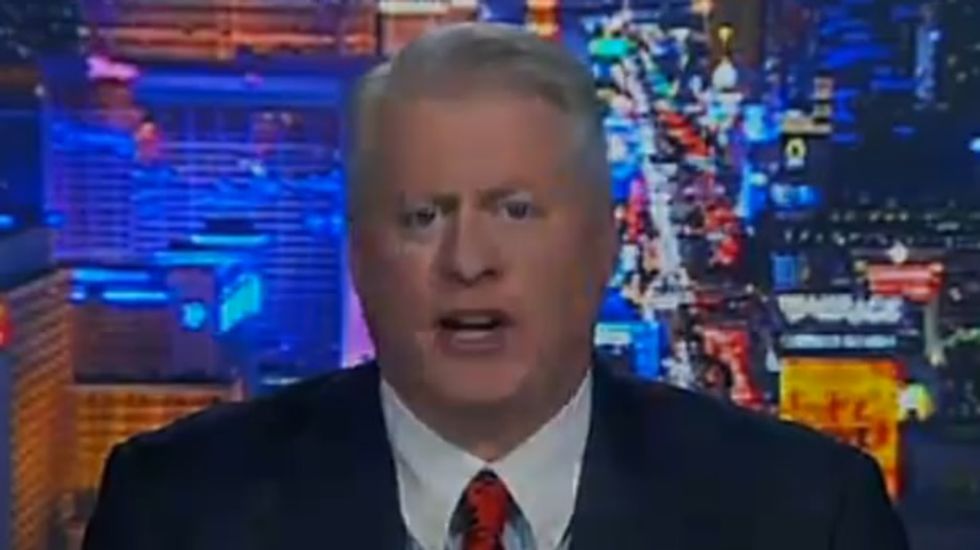 The Republican Jewish Coalition (RJC) and the Clark County Republican Party (CCRP) are co-sponsoring a "Holiday Mixer" in which noted birther Wayne Allyn Root will give the keynote address.

Root recently appeared at a Sheldon Adelson fundraiser for Niger Innis, the Tea Party candidate who hopes to unseat Rep. Steven Horsford (D) in the next election cycle. The Nevada Republican Party continues to embrace figures who question the legitimacy of Obama's birth certificate. The Republican Jewish Coalition has previously hosted an event with Orly Taitz, who is known derisively as the "Birther Queen."

Despite claiming not to be a birther, Root regularly insists that "there is something dangerous...in his birth records," and even told Sean Hannity that "[t]he only photo of Obama from his Columbia days was in his off-campus apartment with a roommate described by USA Today as a Pakistani national [and if] you’re a foreign student, you live in housing off-campus with other foreign students."

When the head of the Las Vegas chapter of the Republican Jewish Coalition, Leo Bletnitsky, learned that his organization was being criticized for associating with Root, he responded:

So Obama associating with convicted Terrorists and Racists Reverends is not relevant, but if someone has a popular best selling author as a speaker at their event that the left-wing hates then that is really bad! Do I understand the rules correctly?