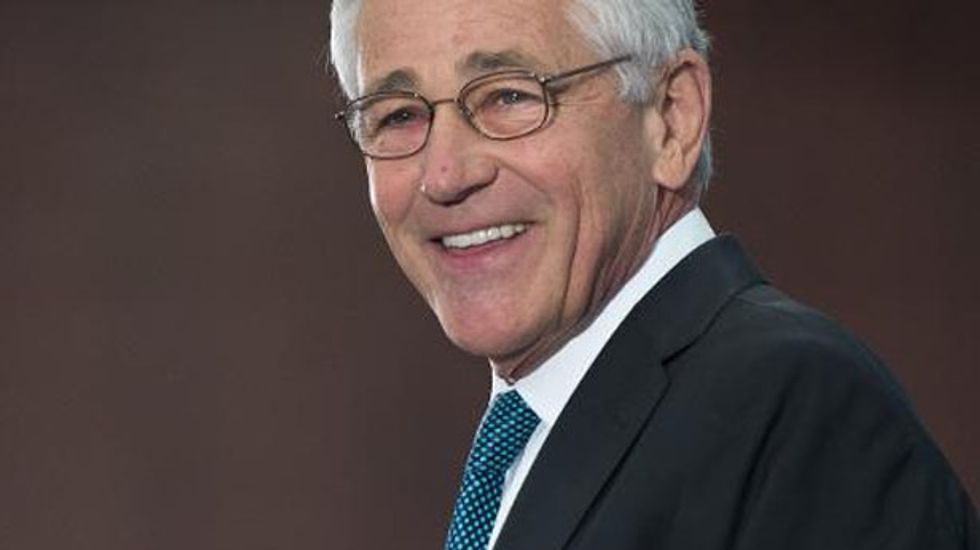 The US military must reshape its role in the face of deep budget cuts while avoiding a turn towards isolationism after a decade of war, Pentagon chief Chuck Hagel said Tuesday.

The security threats facing the United States could not be solved by military power alone and the country "will need to place more of an emphasis on our civilian instruments of power," Hagel said in a speech at the Center for International and Strategic Studies (CSIS) think tank.

The US military will "remain an essential tool of American power and foreign policy, but one that must be used wisely, precisely, and judiciously," Hagel said.

The defense secretary said both fiscal pressures and new strategic realities will require a reorganization of the force that enjoyed massive budgets in the years after the attacks September 11, 2001.

"Coming out of more than a decade of war and budget growth, there is a clear opportunity and need to reform and reshape our entire defense enterprise," said Hagel, citing plans to cut back-office costs.

Budget reductions mandated by Congress will require a leaner force that will have to sacrifice a degree of combat readiness, he said.

And the Pentagon also has to reform ballooning personnel costs that threaten to swallow up funds for new weapons, he said.

Without scaling back pay and benefits, which make up about half the defense budget, "we risk becoming an unbalanced force," Hagel said.

"One that is well-compensated, but poorly trained and equipped, with limited readiness and capability."

While America needed to guard against wielding its power out of arrogance, Hagel also expressed concern that Americans, including elected representatives, are growing "skeptical about our country's foreign engagements and responsibilities."

He said that "only looking inward is just as deadly a trap as hubris, and we must avoid both in pursuing a successful foreign policy in the 21st century."

Hagel's comments come as the Pentagon prepares for another round of automatic budget cuts adopted by Congress that are due to take effect in the new year.

Under the budget reductions, known as sequestration, the Pentagon faces nearly $500 billion in cuts over ten years, in addition to about $487 billion worth of cuts to planned spending already underway.