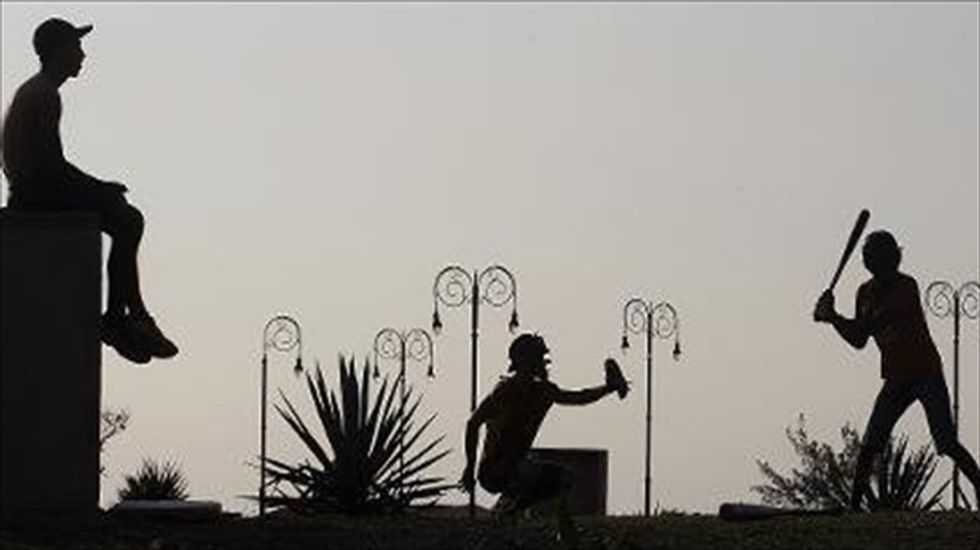 Professional sport returns to Cuba for the first time in more than 50 years on Sunday when the first pitch is thrown in the communist island's national baseball league, part of a government bid to halt the flow of sporting defectors overseas.

In a landmark policy shift announced in September, Cuba said it would relax its strict rules forbidding professional sport from January 2014 in an effort to "perfect sports, generate sources of income, and encourage quality."

The country's popular baseball league will be the first to benefit from the move, however, as the 2013-2014 season gets under way this weekend.

For decades, Cuba thumbed its nose at international pro sports, paying hardworking and fabled athletes close to nothing for the honor of representing their proud nation.

Previously athletes were only allowed to pocket 15 percent of their earnings, with 85 percent going to the state.

Legendary Cuban high-jumper Javier Sotomayor has welcomed the change in the regulations saying they would serve as an "incentive for athletes, giving them greater motivation, pushing them to higher performances."

Sport has emblematic status in Cuba, the dominant Olympic power from Latin America and the Caribbean between 1972 and 2004 before it was overtaken by Brazil and Jamaica at the 2008 Beijing Olympics.

For years, a succession of hugely gifted Cuban athletes shunned the possibility of untold riches overseas by electing instead to become national icons in their homeland.

It was an attitude perhaps most famously summed up by legendary amateur heavyweight boxer Teofilo Stevenson, winner of three Olympic gold medals between 1972 and 1980.

Boxing promoters in the United States dreamed of luring Stevenson to their shores, where a Cold War-era bout with Muhammad Ali would have been among the most lucrative fights of all time.

Stevenson, who died aged 60 in 2012, snubbed all attempts to persuade him to defect, however. "No, I will not leave my country for one million dollars or for much more than that," Stevenson told Sports Illustrated in 1974. "What is a million dollars against eight million Cubans who love me?"

Yet the hardships faced by many Cuban athletes, and the steady flow of defectors overseas, persuaded Havana's communist rulers to rethink the decades-old resistance to professional sport.

Under the new policy for example, Cuba's beloved Greco-Roman wrestling hero Mijain Lopez, a gold medallist at the 2008 and 2012 Olympics, or baseball star Yulieski Gourriel, widely regarded as the best player in Cuba, will now earn more than $800 a month.

The sums are paltry compared to the millions available overseas, but in Cuba they represent a small fortune, more than 40 times the monthly wage of the average Cuban worker.

For some Cuban athletes, however, the changes are too little, too late.