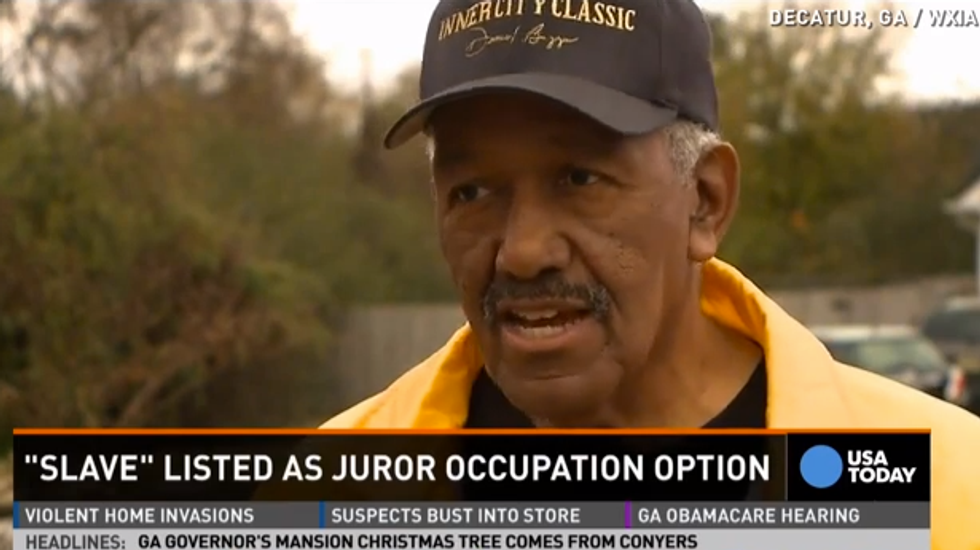 Jurors in DeKalb County, Georgia, were surprised to find “slave” listed as an occupational choice in a new online questionnaire.

Court Administrator Cathy McCumber said the questionnaire went online about a month ago but was based on an internal list used for 13 years by the court.

She said that list is 62 pages long, so she’s not sure whether the word “slave” has always been included or whether it was added before the questionnaire went online.

A juror candidate said he spotted the option when he typed in “S” for his own job field, sales, and other residents said they were shocked.

McCumber said the word was removed within an hour of its discovery, but she said it would take longer to determine how it was added, and by whom.

The company that designed the software said the drop-down menu choices were filled in by the county.

Prospective jurors had previously filled out the questionnaire by hand and mailed it to the courthouse, and the online form is intended to be easier and more efficient.

DeKalb County has more than 707,000 residents, according to the U.S. Census Bureau, and more than 54 percent of them are black.

The county, which makes up about 10 percent of Atlanta and is located in eastern portions of the city, nearly reverses the black-white ratio of Georgia as a whole, which is about 62 percent white and 31 percent black.

DeKalb County households earn slightly more than most others in Georgia, with a median income above $51,000 versus more than $49,000 statewide.

Watch this video report posted online by The Daily Spectator: