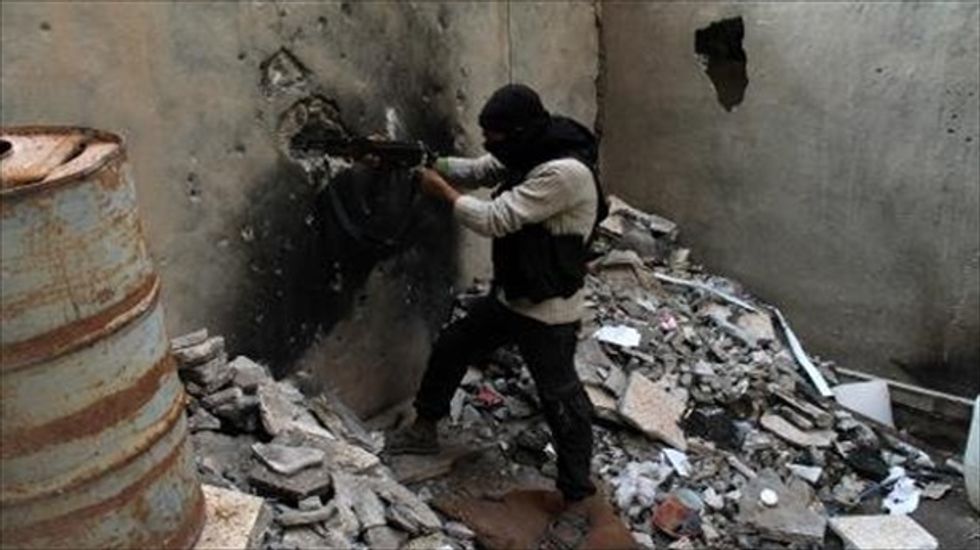 A Syrian opposition fighter holds a position on the front line in Syria's northeastern city of Deir Ezzor on Oct. 15, 2013. [AFP]

"We will hold a whole series of contacts with the Syrian opposition," he was quoted as saying late Tuesday by the Interfax news agency.

"A large number of its representatives came here specifically to meet a delegation of Russians," he said, adding that the discussions would circle around preparations for a hoped-for peace conference for war-ravaged Syria.

Gatilov, whose country has long been one of the Syrian regime's starkest allies, did not say who the Russian diplomats would meet nor which opposition groups they represented.

His comments came after UN-Arab League peace envoy Lakhdar Brahimi and a wide range of senior diplomats, including Gatilov, met for intense discussions Tuesday but failed to set a date for the long-delayed conference, dubbed Geneva II.

A major stumbling block are the divisions within Syria's increasingly splintered opposition, who are due to hold internal meetings this month to determine if and how they should be represented at the conference.

On Wednesday, the Russian diplomats and Syrian opposition members will discuss "participation in the conference, the prospects for unification among opposition groups on the basis of one delegation", among other things, Gatilov said.

Speaking from Moscow in an interview published Tuesday in French daily Le Figaro, former Syrian deputy prime minister Qadri Jamil, who was sacked by Syrian President Bashar al-Assad last week, said he would have "meetings this week in Geneva" before going back to Damascus.

Jamil was officially fired for an unauthorised meeting with a top US official in Geneva in the run-up to Tuesday's discussions.

Referring to another major sticking point in the preparations for the conference -- Assad's fate -- he insisted that the Syrian president "must be part of the transition that will be worked out in Geneva".

"That is where we will decide if at the end of this process he will have to leave or if he can take part in the presidential elections next year," he added.