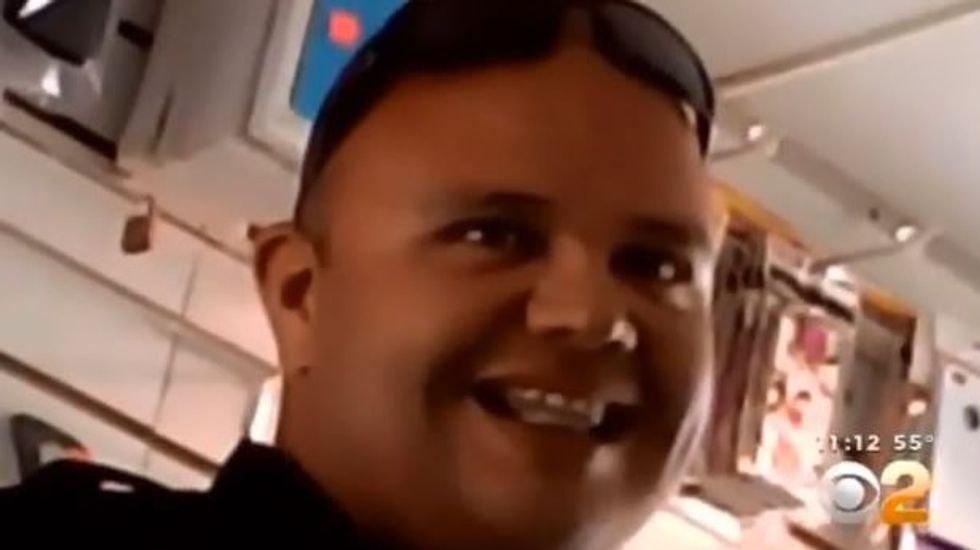 A security officer at the University of California, Irvine was placed on leave this week after CBS 2 in Los Angeles reported on his anti-Semitic and racist online persona.

Carlos Vazquez, who posted to Instagram under the handle "clos_vaz," was also a public safety officer at Golden West College until it fired him shortly after the report aired.

One of the images included in the report was of Vazquez watching a video about Hitler in the campus security office.

The Instagram account that allegedly belonged to Vazquez contained photoshopped images of his children with Adolf Hitler with the caption, "Proud father moment when my daughter met the great fuhrer."

Another image was of a black family and captioned, "Mammy, when is daddy coming home from prison? I miss seeing him beat you and I miss how he made us hungry."

His love of the Nazi ideology even extended to his choice of condiments, as the image below -- to which he appended the comment, "I will have the Nazi burger easy on the Jew sauce" -- indicates: 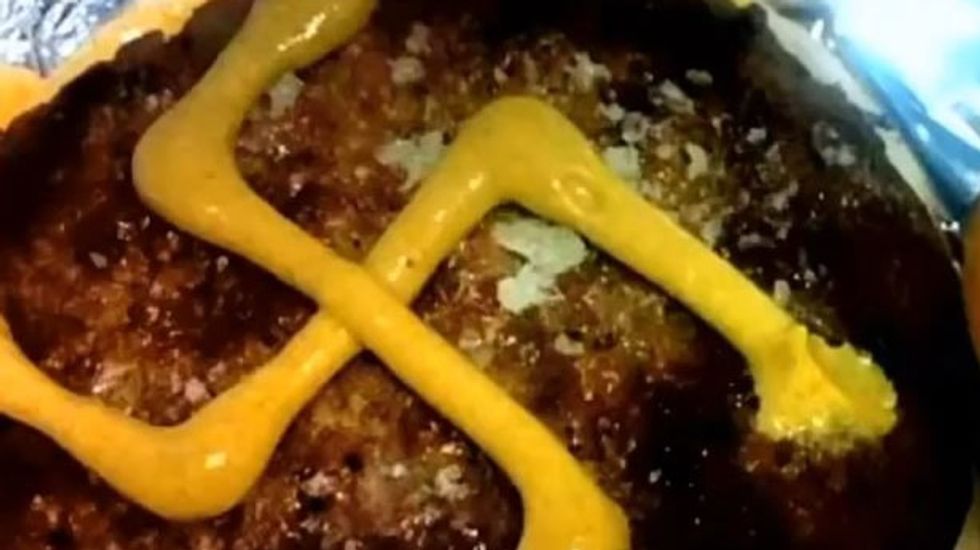 Cathy Lawhon, a spokeswoman for UCI, said she found the pictures loathsome, but that because they were posted on a personal account, Vazquez didn't violate any school policy.

"As ill as it may make us to look at some of these things, we do have freedom of speech in this country," she said.

This is not the university's first brush with what is perceived to be anti-Semitic "hate speech." UCI came under heavy scrutiny in 2010 when it suspended the Muslim Student Union for the 2010-2011 school year after it protested a speech by Israeli Ambassador Michael Oren. The students, dubbed the "Irvine 11," were charged and convicted by the Orange County District Attorney's office of conspiring to disrupt a public meeting for their demonstration.