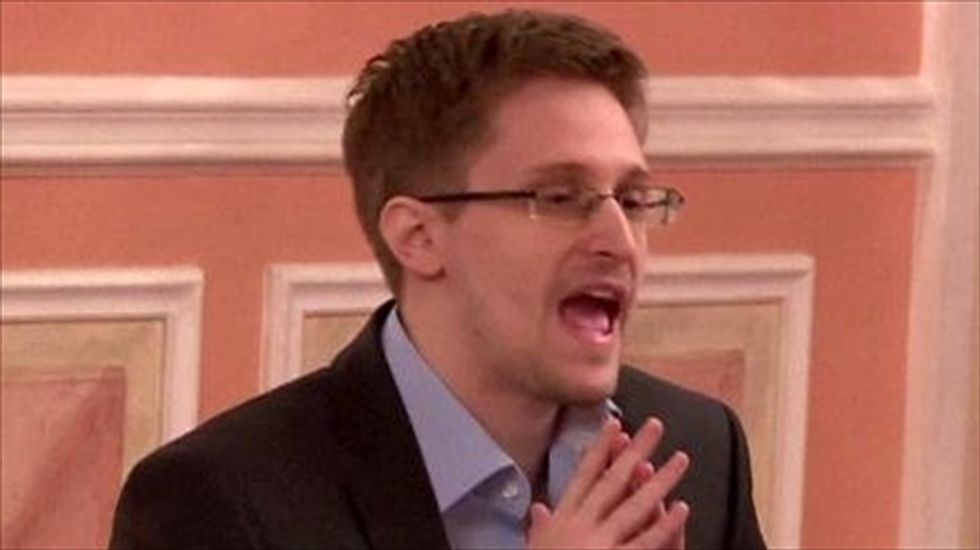 US intelligence leaker Edward Snowden says mass secret service surveillance poses a threat to freedom of expression and open society, in a text published in a German news magazine Sunday.

Snowden, who faces criminal charges in the US for leaking top-secret documents about the US National Security Agency's (NSA) activities, said systematic snooping was a global problem that needed global solutions.

"Such programmes are not only a threat to privacy, they threaten also freedom of expression and open societies," he wrote in the text which appeared in German in Der Spiegel magazine.

"The existence of espionage technology must not determine politics," he said, adding there was a moral duty to see that laws and values limit surveillance programmes and protect human rights.

Entitled "A manifesto for the truth", the news weekly said the former NSA contractor wrote the piece on November 1 in Moscow and it was sent to Spiegel's offices via an encrypted channel.

Media reports based on Snowden's disclosures of widespread US surveillance -- including eavesdropping on nearly three dozen foreign leaders -- have strained Washington's ties with key allies.

"Anyone pronouncing the truth is committing no crime," Snowden wrote.

He also said that initially some governments who, he said, had felt "unmasked" by the spying revelations had initiated "an unprecedented persecution campaign" in a bid to quash debate.

But, he said, debate was now taking place worldwide.

German lawmaker Hans-Christian Stroebele, of the opposition Green party, met Snowden at a secret location in Moscow Thursday after leaked classified documents indicated that the NSA had tapped the phone of German Chancellor Angela Merkel for several years.

Stroebele told reporters in Berlin Friday that Snowden was willing to speak to the German authorities about the NSA's activities.