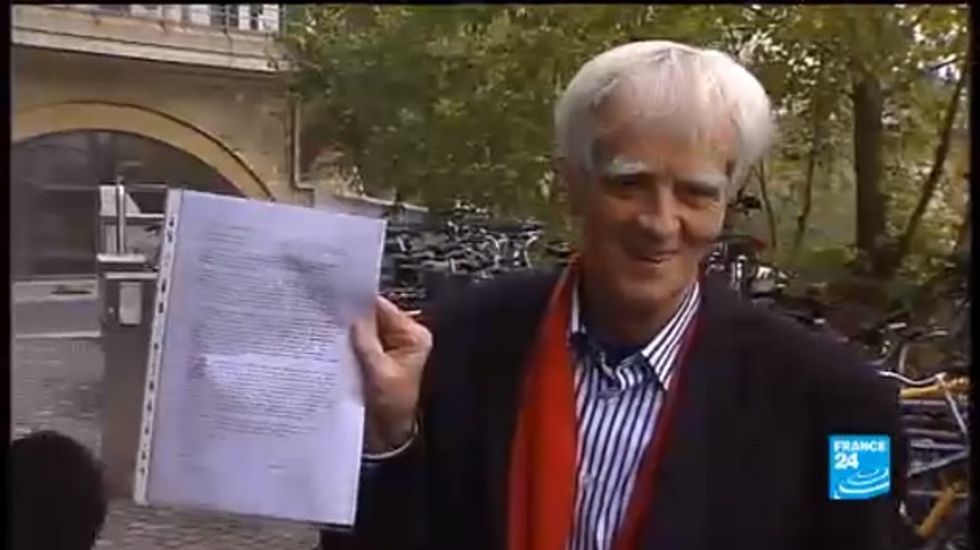 NSA whistleblower Edward Snowden has said he’s willing to help German officials investigate alleged US spying in Germany and to testify to US Congress if charges against him were dropped, a German lawmaker revealed on Friday.

At a press conference in Berlin on Friday, German opposition lawmaker Hans-Christian Stroebele said he had met Snowden at a secret location in Russia, where the former NSA contractor has been granted temporary asylum.

At the meeting, which took place in Moscow on Thursday, Stroebele said the NSA whistleblower “emphasized” that he is “ready to give information before the German parliament in Germany.”

In a letter handed to Stroebele, Snowden indicated that he was unwilling to testify to US Congress or help German officials unless the US dropped the charges against him.

In the one-page typed letter, written in English and bearing signatures that Stroebele said were his own and Snowden's, the former NSA contractor complained that the US government “continues to treat dissent as defection, and seeks to criminalize political speech with felony charges that provide no defense”.

Snowden faces espionage charges in the US.

The letter, addressed to “whom it may concern,” noted that, “I am confident that with the support of the international community, the government of the United States will abandon this harmful behavior”.

The diplomatic fallout of the alleged scope of NSA surveillance peaked last week following a report that Merkel's mobile phone was bugged for years.

Germany is seeking answers from US authorities to allegations, which led Merkel to complain to US President Barack Obama last week.

“If the message is that Mr. Snowden wants to give us information, then we will be glad to accept that,'' Friedrich told the German Die Zeit newspaper.

Following his meeting with Snowden, Stroebele indicated that there was a possibility that the NSA whistleblower could travel to Germany.

But Snowden’s lawyer has maintained that his client will not go to Germany.

"This is not possible because he has no right to cross Russian borders,” said Anatoly Kucherena. "Within the framework of international agreements, Snowden can give testimony in Russia but this should be decided by the German authorities."

Snowden was granted temporary asylum in Russia in August after being stuck at a Moscow airport for more than a month following his arrival from Hong Kong. Russian President Vladimir Putin has said Snowden could stay on condition that he wouldn't harm US interests.

A longtime parliament member for the opposition Greens, Stroebele has been a vocal critic of US surveillance measures.

At the press conference in Berlin, Stroebele declined to provide details of where he met the US whistleblower and who arranged the meeting.

But in his remarks to the press, Stroebele said Snowden looked well. The German parliamentarian described the former US intelligence contractor as "amazingly talkative - he has a mission, an urge to communicate, he wants things to be put back on a legal basis".

A photograph released of the meeting showed Snowden besides a beaming Stroebele.

Earlier this week, Kucherena, Snowden’s lawyer, revealed that the former NSA contractor had begun working for a major Russian private website. But he declined to disclose the site, citing security concerns.