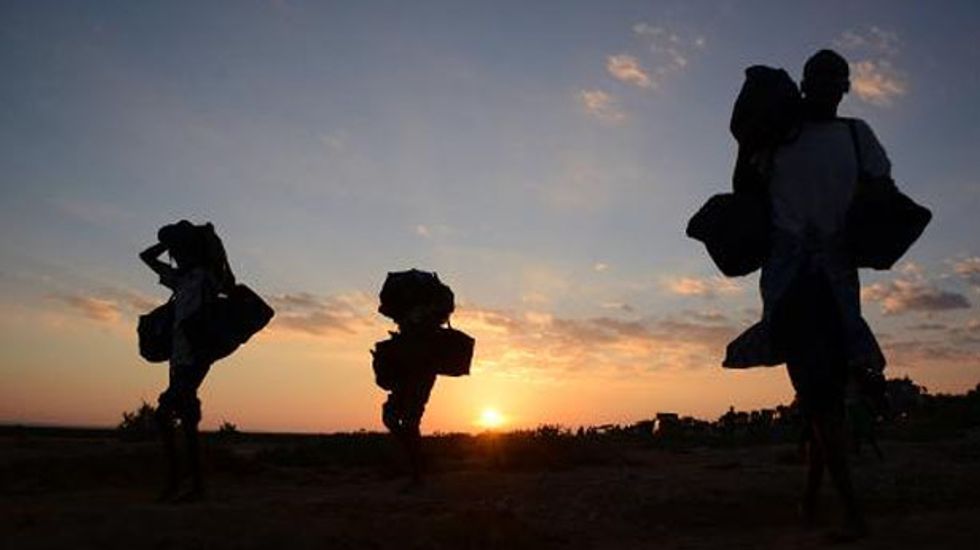 More than 100,000 people are struggling in Somalia's cyclone-hit northeastern Puntland region, aid agencies warned Friday, saying floodwaters had wiped out the livestock two-thirds of the people survive on.

A joint statement by 12 agencies -- including Somali organisations as well as international ones such as CARE International, Oxfam, Save the Children, Refugees International and World Vision -- said that people are "in dire need of food, clean drinking water and shelter".

"For the pastoralist communities, the loss of their livestock could lead to an even greater number of people dying," said Degan Ali, from Somali agency Adeso. "Livestock is the basis of the local economy and their only means of survival."

The local government in the semi-autonomous region has said that as many as 300 people were feared to have been killed in the aftermath of the storm, but United Nations estimates later said that 80 were so far confirmed dead.

Aid agencies, the United Nations and local authorities are supplying food and medical supplies, but the recovery of communities struggling after decades of unrest -- and still recovering from extreme drought last year -- will take considerable time, the agencies cautioned.

"Families have lost their homes and possessions as floods damaged entire villages, roads and fishing boats," the statement read, also warning of the risk of waterborne diseases.

Infamous pirate hotspots such as the port of Eyl -- from where Somali gunmen have launched attacks far out into the Indian Ocean -- are some of the worst affected places.

Somalia has been riven by civil war since the collapse of the central government in 1991.

Impoverished Puntland, which forms the tip of the Horn of Africa, has its own government, but unlike neighbouring Somaliland, it has not declared independence from Somalia.