Thousands of Haitians call for President Martelly to step down 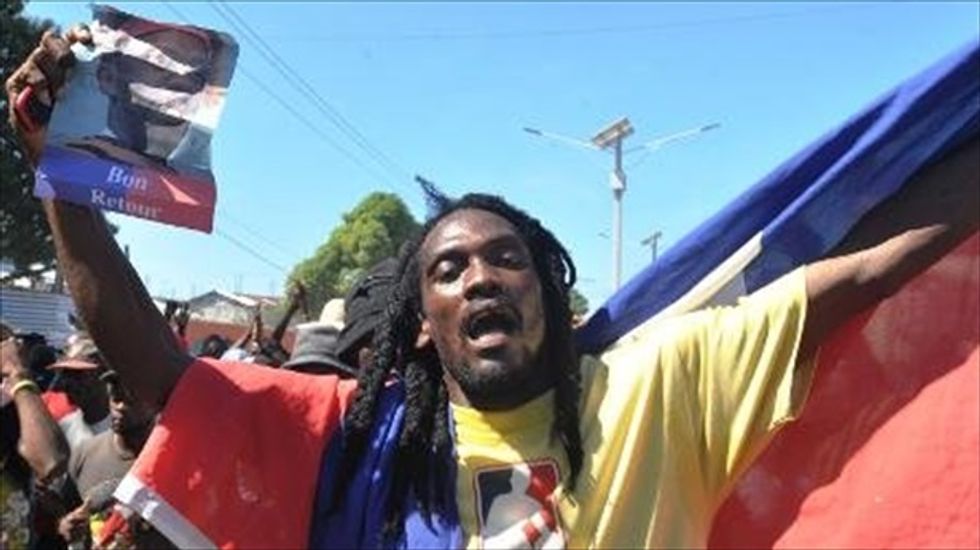 A man takes part in a demonstration against living conditions and demanding the resignation of Haitian President Michel Martelly in Port-au-Prince on Nov. 18, 2013 [AFP]

In the capital of Port-au-Prince, demonstrators from several neighborhoods converged on the US embassy to denounce what they said was US interference in the country.

No incidents were reported but tear gas was fired to prevent the demonstrators from reaching the diplomatic building.

"We ask the ambassador to rid the country of the president that the Americans installed in power," said one participant, Jean Max Edouard.

"We say no to Martelly and Lamothe" a placard read in English, referring to Prime Minister Laurent Salvador Lamothe.

Demonstrations took place in other cities as well, such as Cap-Haitien in the country's north.

In recent weeks, anti-government protests have multiplied in Haiti, the poorest country in the Americas, giving rise clashes between Martelly supporters and opponents. On November 18, six people were hurt during demonstrations.

Apart from the resignation of Martelly, who has been in office since 2011, demonstrators are also calling for better living conditions.