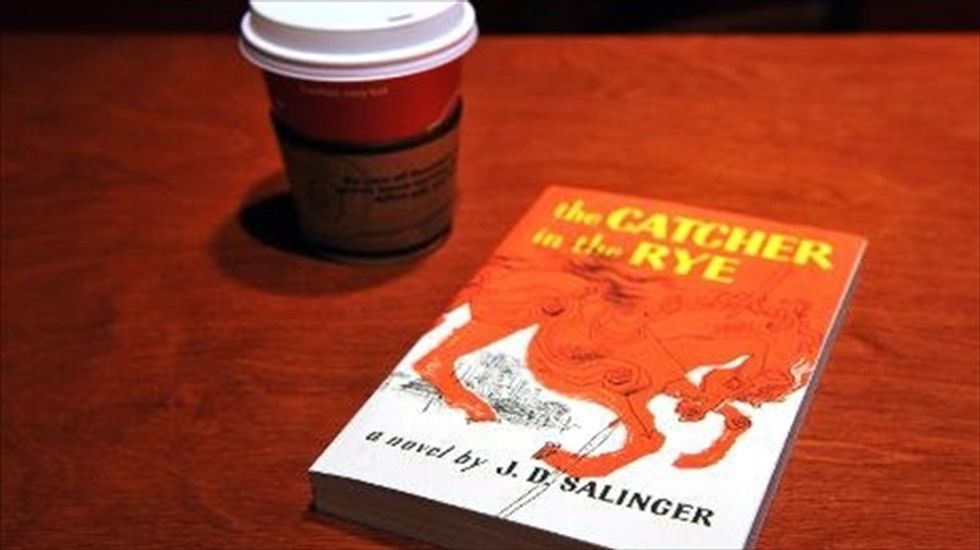 A copy of 'The Catcher in the Rye' by author JD Salinger at a bookstore in Washington, DC [AFP]

Three short stories by American writer JD Salinger have been leaked mysteriously onto the Internet, calling into question his copyright but shedding new light on the late literary recluse.

Salinger won global fame for his coming-of-age 1951 classic "The Catcher in the Rye" but lived in seclusion in New Hampshire in the northeastern United States until his death in 2010 aged 91.

While those close to him say he continued to write, much of what he worked on has long been shrouded in mystery.

But three new stories -- "The Ocean Full of Bowling Balls," "Birthday Boy" and "Paula" -- together around 41 pages -- are now freely accessible on various Internet sites such as Imgur.

The original leak appears to stem from an online auction on eBay in September connected to an address in Brentford, west London and sold for 67.50 British pounds ($110).

Kenneth Slawenski, best-selling author of "J.D Salinger: A Life" verified the authenticity of the stories but told AFP that they are to varying degrees rough drafts, unpolished and incomplete.

"Salinger was a perfectionist when it came to his work and would have hated the idea of releasing stories so in need of editing. But by the same token, they display the author?s writing process, which is a rare thing for readers to witness," he said.

Although the stories likely fall under Salinger's copyright, Slawenski said he did not believe the leak was malicious.

"There was no attempt to make a profit off of the stories," he wrote to AFP in an email.

"It looks to be a simple case of a misguided fan sharing what he believed to be something of a private literary coup with friends and other readers, little more."

A documentary released in September claimed that Salinger left detailed instructions for at least five new books to be published after his death, due out between 2015 and 2020.

Slawenski said there are seven unpublished Salinger stories at Princeton University and the University of Texas available to scholars, of which the three leaked are "not the best".

Slawenski said that of the three, "Bowling Balls" is the most important as it is directly related to "The Catcher in the Rye".

It has been part of the archives of Story Press held by Princeton since the early 1960s.

The other two stories were obtained for the University of Texas library in 1968 and are of lesser quality, Slawenski said.

Princeton University confirmed that it had several unpublished short stories by Salinger in its archives, made available only to researchers under supervision at the library.

The university said that the leaked version of "Bowling Balls" was probably an unauthorized version transcribed longhand in its reading room.

It's also possible that it came from photocopies of the typescript made before the mid-1980s when photo-duplication of work by Salinger was no longer allowed, it added.