Two French journalists found dead after being kidnapped in Mali 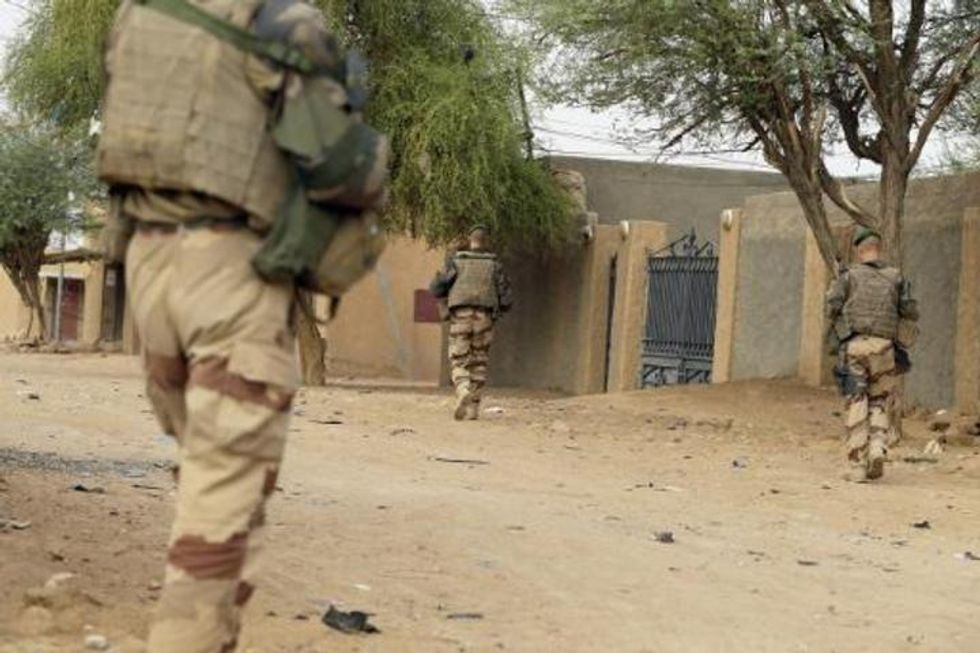 Two journalists with Radio France Internationale (RFI) were found dead on Saturday after being kidnapped by armed men while working in Mali's far northeast, government and security sources said.

Ghislaine Dupont and Claude Verlon were on their way to interview a spokesman for the Tuareg rebel group the National Movement for the Liberation of Azawad (MNLA) in the rebel stronghold of Kidal when they were abducted outside his home, RFI said.

"RFI journalists Claude Verlon and Ghislaine Dupont were found dead in Mali," the French foreign ministry said in a statement, adding they were kidnapped by an "armed group".

"The French government, in conjunction with the Malian authorities, will make every effort to find out ​​as soon as possible about the circumstances of their death," said the statement, confirmed by a Malian security source.

"In these tragic circumstances, France expresses its sincere condolences to the families and relatives of the two victims," the ministry added.

French President Francois Hollande called a meeting of his ministers on Sunday, voicing his "indignation" over the killings.

RFI said Dupont and Verlon were abducted at 1:00pm (1300 GMT) outside the home of MNLA spokesman Ambery Ag Rhissa.

RFI quoted Ag Rhissa as saying he "heard a suspicious noise" of gun butts hitting the reporters' car as they arrived.

"He half opened his door and saw the kidnappers put the journalists into a beige 4X4," RFI said.

According to Ag Rhissa, the kidnappers wore turbans and spoke the Tuareg language of Tamashek, RFI said.

They "ordered Mr Ag Rhissa to get back inside and forced the journalists' to lie down", RFI said, adding that Ag Rhisaa had heard Verlon and Dupont protest.

"This is the last time that the journalists were seen," RFI said.

Moussa Ag Assarid, the MNLA's spokesman in Europe, told the French i-Tele news channel the journalists had been abducted by "unknown elements".

"We condemn this despicable act and offer our condolences to the families and to the French people," he said.

Several sources cited by RFI said the kidnappers fled with the reporters towards Tin Essako, a village 115 kilometres (70 miles) to the east.

The town of Kidal, situated more than 1,500 km northeast of Bamako, near the Algerian border, is the traditional homeland of the Tuareg people and the birthplace of the MNLA's rebellion.

Dupont, a specialist in African affairs who had been with RFI for several years, had previously been in the town to report on the presidential elections in July and August.

She had left Bamako for Kidal on Tuesday for special reports on Mali due to be broadcast by RFI on November 7 and 8.

A French government source said the journalists had asked to be taken to Kidal with troops from France's Operation Serval mission but ended up going with the United Nations MINUSMA peacekeeping force.

"Several days ago, the two journalists had asked to be transported to Kidal by the Serval force. It refused, as it has done for a year, because of the insecurity in the area," the source said.

"But they took advantage of a transportation from MINUSMA, which continues to accept journalists."

The MNLA took control of Kidal in February after a French-led military intervention ousted Al-Qaeda-linked Islamist fighters who had seized control of most of northern Mali.

The Malian authorities finally reclaimed the city after signing a deal with the MNLA and another Tuareg group on June 18 aimed at reuniting the country and clearing the way for elections to restore democratic rule.

Under the deal, MNLA forces moved into barracks as regular Malian troops were deployed to secure Kidal.

Many Malians accuse the light-skinned Tuareg of being responsible for the chaotic sequence that saw the country split in two for nine months -- with the northern half ruled by groups that imposed an extreme form of Islamic law -- and shattered what had been considered a democratic success story in the restive region.

When the MNLA launched their offensive in January 2012, they humiliated the Malian army by seizing a string of northern towns.

Mid-level army officers angry over the losses then overthrew president Amadou Toumani Toure in March 2012, blaming him for the army's weak response.

The coup unleashed a crisis that saw the Tuareg separatists seize Mali's vast desert north along with a trio of Islamist groups that then proceeded to chase out the MNLA and impose brutal sharia rule on their territory, until the French-led intervention forced them out.

Mali has since been battling to restore a measure of stability, having elected President Ibrahim Boubacar Keita to lead the country into parliamentary polls planned for November 24.

The High Council for the Unity of Azawad, another Tuareg group present in Kidal, released a statement condemning the killings in "the strongest terms".