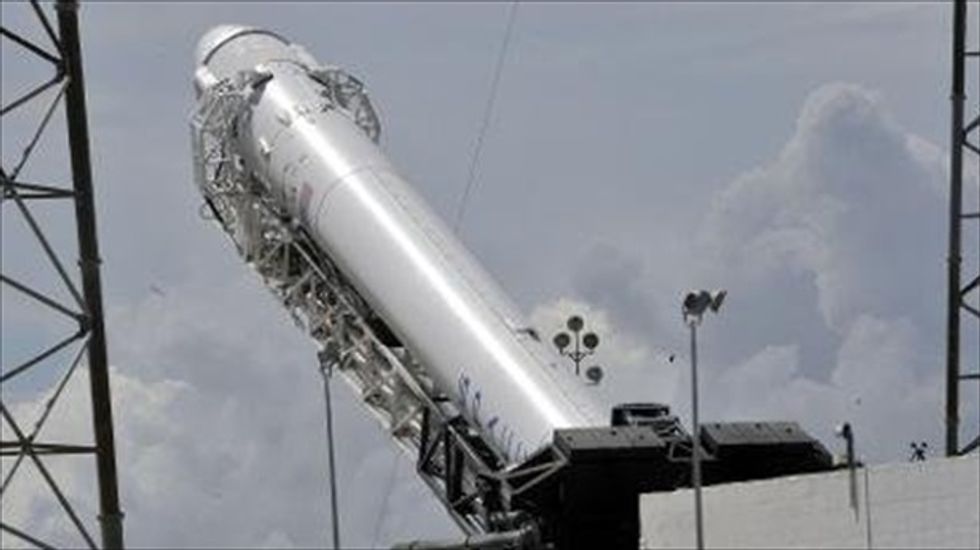 SpaceX's Falcon 9 rocket, with the Dragon space craft, seen preparing for a launch on Oct. 7, 2012 from Cape Canaveral, Florida [AFP]

Private US company SpaceX postponed the launch of a rocket carrying its first telecommunications satellite on Thursday after two unsuccessful attempts at take-off.

The launch at a US Air Force base in Cape Canaveral, Florida was moved to Thursday after an attempt on Monday was aborted.

The unmanned Falcon 9 rocket launch was aborted for a first time on Thursday shortly after engine ignition at 5:39 pm (2239 GMT) at Cape Canaveral Air Force Station.

SpaceX's billionaire founder Elon Musk said on Twitter it would likely "a few days" before a further attempt is made.

"We called manual abort. Better to be paranoid and wrong," Musk wrote.

The precise reasons for the failure to launch were not specified.

It was to be the first launch with an improved version of the Falcon 9 after a test flight in California.

SpaceX is eager to get into the commercial satellite launch business, estimated to be worth $190 billion a year, with competitive prices.

This time it was to launch a satellite for the Luxembourg company SES, the second largest in the world in that sector.

Until now, SES has used European Ariane rockets or the Russian Proton.

These are much more expensive than the $55 million charged by SpaceX, said SES chief technology officer Martin Halliwell.

The SES satellite is due to provide television, cable TV and other services to countries including China, India and Vietnam.

The Falcon 9 has already succeeded in sending its Dragon capsules to the International Space Station under a contract with NASA.

The capsule takes cargo into space and brings back material from scientific experiments.