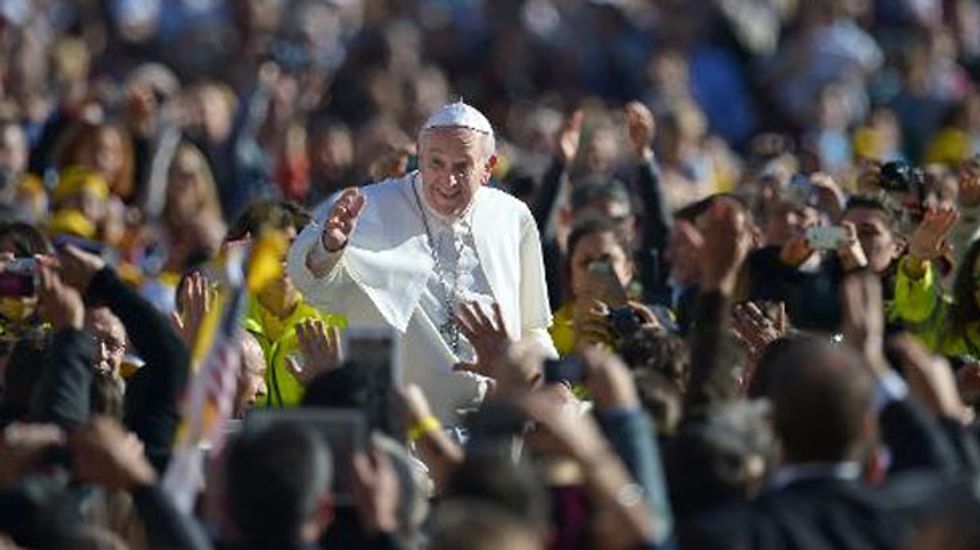 Tucked away in a corner of the Vatican City, a team of priests is hard at work turning Pope Francis's social words into action with discreet daily rounds of charity-giving based on letters sent to the pontiff.

"We do first aid," Monsignor Konrad Krajewski, a 50-year-old Polish prelate who was appointed by Francis in August to the traditional post of "Almoner", or alms-giver, said in a rare meeting with journalists.

Krajewski's job has existed for centuries at the Vatican but he said Francis was taking a special interest in it and personally identified the people with most needs.

The pope picks out some of the many letters he receives and sends them on to Krajewski and his team with memos like "Call this person" or "You know what to do".

The charity takes a variety of forms -- one old lady wrote in recently asking for 200 euros ($272) stolen from her wallet while she was out buying medicine.

But there are also more ambitious operations, like Krajewski's trip to the remote Italian island of Lampedusa to help the Eritrean survivors of a migrant shipwreck tragedy last month in which 366 people died.

Krajewski gave out phone cards to the migrants to call home and rosaries to the divers who carried out the grim task of recovering the bodies from the wreck.

The help also goes to a homeless shelter near Rome's Termini railway station, or to people who sleep rough near St Peter's Square every night.

Asked whether the pope ever joined him on his runs, the Polish monsignor declined to answer.

Krajewski said he uses a Fiat with Vatican number plates on his charity runs and is sometimes helped by volunteers from the Swiss Guards -- the pope's military corps, known for their brightly-coloured uniforms.

Krajewski said many of the letters asking for help are sent by priests on behalf of their parishioners -- it helps bolster the case -- and the money can be wired to the priests who then hand it out to the needy.

Francis this month sent Krajewski out to help an Italian family in despair who had written to him about their daughter afflicted by spinal muscular atrophy.

He later hosted the family at St Martha's Residence, the Vatican hotel for visiting priests where the pope himself has taken up residence, preferring the humbler surroundings to the traditional Apostolic Palace.

"The letters he receives are often cries of revolt. The pope is very sensitive to them," said Krajewski, who is referred to in the Vatican with the Italian-sounding "Don Corrado" because his name is hard to pronounce.

The alms-giving office, officially known as "Elemosineria Pontificia", employs 11 people and finances itself by selling wedding, ordination and anniversary certificates with the papal coat-of-arms.

Krajewski said: "The pope often says: 'Why did this tragedy happen to them and not to me?'"