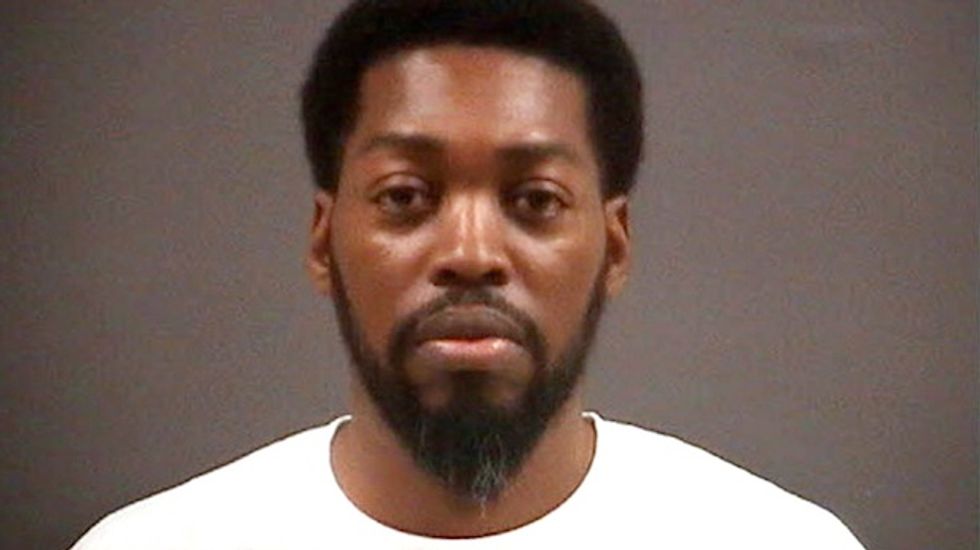 A Baptist minister from Virginia was sentenced Thursday to two years in prison for staging a phony hate crime attack at his home.

Oleander Cuthrell, 41, minister of music at Gospel Shepherd Baptist Church, told the judge he was ashamed and embarrassed that he poured oil and gasoline across part of his home’s porch March 15 and setting fire to it after becoming overwhelmed by financial difficulties.

“It was the most irrational decision that I made in my life,” he told the judge. “I can’t say just how bad I hate it.”

Cuthrell, who is black, admitted to spray-painting racial slurs on two sides of his rental home in Chesterfield County to divert attention from himself before setting the fire.

He also ignited a 16-ounce bottle filled with gas and oil inside a broken-down 1992 BMW parked in front of the house to help create more evidence that he’d been the victim of a racially motivated attack.

The minister then went back inside the home, undressed and climbed into bed to wait for the house to burn down, prosecutors said.

Cuthrell’s oldest son found the porch on fire after the family dog alerted him, and he was able to put out the flames before anyone was hurt.

Cuthrell’s wife and two other sons were also home at the time.

Police and FBI agents investigated the case as a possible hate crime, and Cuthrell told local news outlets his family had been targeted because of their race, but investigators quickly became suspicious and arrested the minister about two weeks after the fire.

Authorities said Cuthrell had falsely claimed 12 years ago that he had been robbed in North Carolina to cover up a theft from his employer, and he was convicted of filing a false police report.

Cuthrell must pay restitution to the damage he caused to the rental home, from which he’d faced eviction for being three months behind on rent before he set the fire.

A check he’d written to his landlord for two months’ rent bounced, and he also told police he’d been worried about legal problems a son faced in North Carolina.