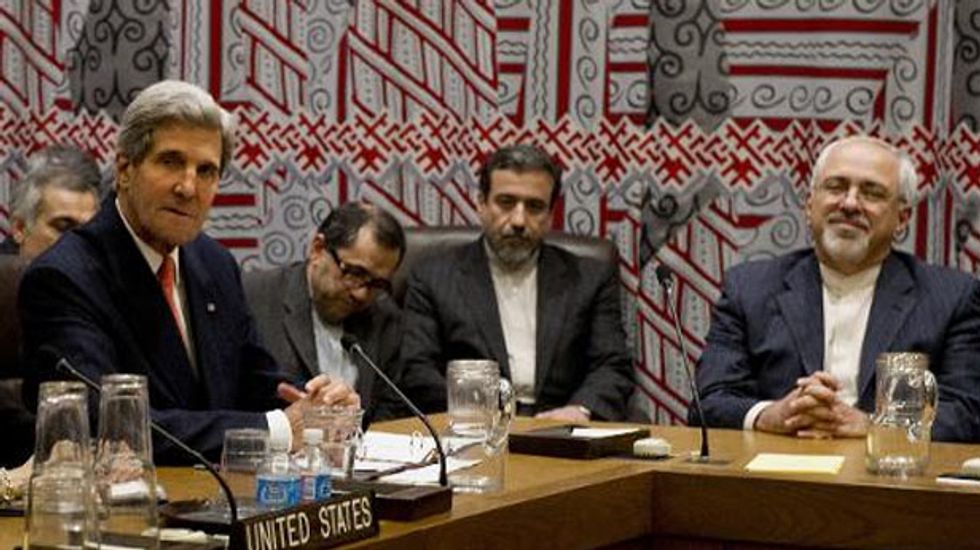 Americans back a newly brokered nuclear deal with Iran by a two-to-one margin and are very wary of the United States resorting to military action against Tehran even if the historic diplomatic effort fails, a Reuters/Ipsos poll released on Tuesday showed.

According to the survey, 44 percent of Americans support the interim deal reached Sunday between Iran and six world powers in Geneva, and 22 percent oppose it.

The findings come as good news for President Barack Obama, whose approval ratings have dropped in recent weeks, largely due to the botched rollout of his flagship healthcare reform law, the Affordable Care Act.

The survey's results suggest that a war-weary U.S. public could help bolster Obama's push to keep Congress from approving new sanctions that would complicate the next round of negotiations for a final agreement with Iran.

While indicating little trust among Americans toward Iranian intentions, the survey also underscored a strong desire to avoid new US military entanglements after long, costly wars in Iraq and Afghanistan.

"This absolutely speaks to war fatigue, where the American appetite for intervention -- anywhere -- is extremely low," Ipsos pollster Julia Clark said. "It could provide some support with Congress for the arguments being made by the administration."

Six-month window for long-term accord

Tehran accepted temporary restrictions on its nuclear program in exchange for limited relief from tough economic sanctions under the Geneva deal, which the White House sees as a "first step" towards ensuring that Iran does not develop an atomic bomb.

Obama and his aides are casting the Iran deal as the best alternative to a new Middle East conflict as they push back against US ally Israel and skeptical lawmakers, who accuse Washington of giving up too much for too little.

A number of lawmakers, especially Republicans, have insisted they will try to enact stiffer new sanctions, which the Obama administration says would poison the negotiating atmosphere during the six months allotted to achieve a long-term accord.

But signs of significant public support for the Iran deal could give some of Obama's own pro-Israel Democrats, who may fear being branded as inadequately supportive of the Jewish state in the 2014 US congressional elections, political cover to continue supporting the president.