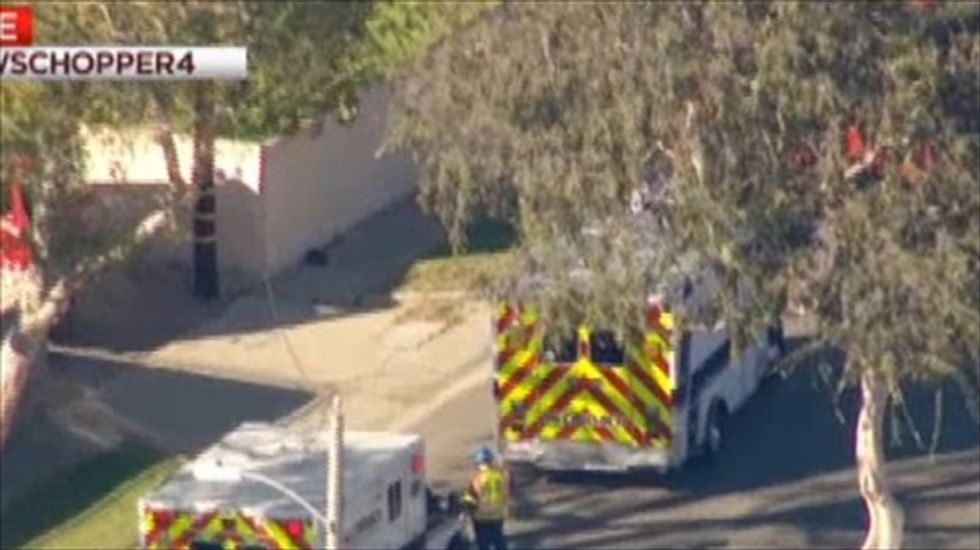 Two Los Angeles Police officers were injured and the man who reportedly shot one of them has barricaded himself inside a home with at least one hostage, KNBC-TV reported on Wednesday.

KNBC reported that one of the officers took a shot to his bulletproof fest at the home and suffered a deep chest bruise. The other was described as having suffered a "non-shooting injury" following the encounter with the suspect in the suburb of Inglewood. The suspect reportedly also called police after shutting himself inside the home.

KCBS-TV reported that at least two children were seen being carried out of the residence.

Update, 5:44 p.m. EST: An Inglewood Police spokesperson said at a press conference that the suspect remained inside the home and had called them "a couple of times," but did not provide details on the calls. Police also said the incident began when they responded to a domestic dispute.

Also, listen to audio of gunfire caught by a resident near the area, as posted by KTLA-TV, below.