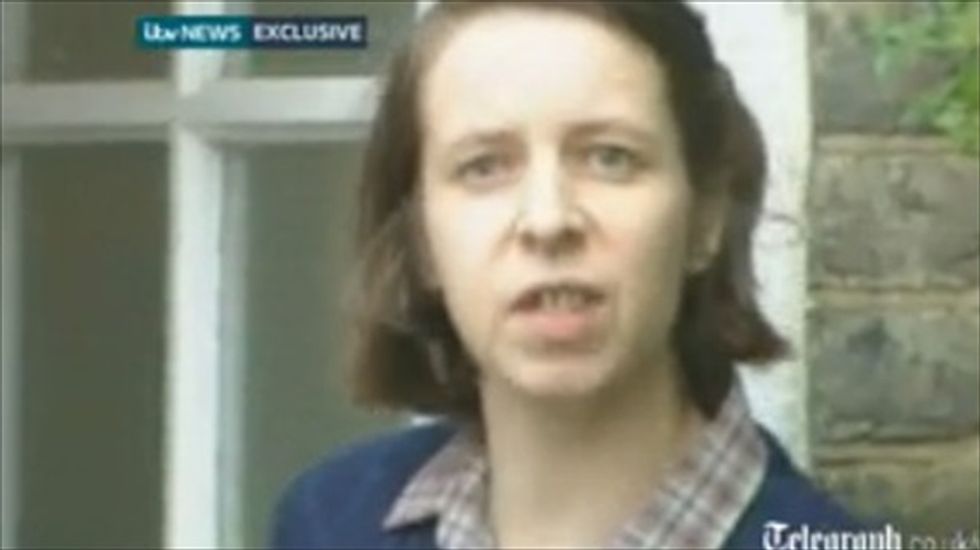 The daughter of the man whose codebreaking skills were crucial in the Allies' victory in World War II is one of the three women recently rescued from more than 30 years of captivity inside a London home.

British broadcaster ITV reported on Tuesday that Josephine Herivel, now 57 years old, can be seen in a 1997 documentary film involving her alleged captors, Aravindan and Chanda Balakrishnan. Herivel may also have been the one to initiate the chain of events leading to her rescue. Her father, John Herivel, is credited with providing the "tip" that enabled British codebreakers to crack messages sent by German Enigma machines by capitalizing on German operators not being able to keep the Enigmas' system active, a prediction that came true after the Nazi invasion of France.

The Balakrishnans were arrested earlier this month on charges of mentally and physically abusing Herivel, a 30-year-old British woman and a 69-year-old Malaysian woman, for decades.

The documentary focused on the death of Sian Davies, a member of the "Workers' Institute of Marxism-Leninism-Mao Tsetung Thought" commune led by the Balakrishnans. Aravindan Balakrishnan allegedly went by the name "Chairman Bala" among members of the group. Davies died in the hospital seven months after falling from a window at the commune's shared home. The British woman rescued by authorities is believed to be Davies' daughter.

"You can definitely see some physical resemblance," Davies' cousin, Eleri Morgan, told ITV. "So I would think it is a possibility that it could be Sian's daughter."

Herivel can be seen in the footage accusing the filmmakers to be "part of the fascist state" for asking about Davies' death. At the time, the group was criticized for telling Davies' family she was on vacation in India when the fatal incident ocurred.

The Telegraph reported that Herivel joined the group in 1970s after parting ways with her family, but that she may have been the person who contacted the Freedom Charity, a child abuse advocacy group. Her sisters, Mary and Susan Herivel, who also live in London, have refused to comment on her reappearance.

Watch footage from the 1997 documentary, as posted by the Telegraph, below.