WTO says it's made a 'breakthrough' in new customs negotiations 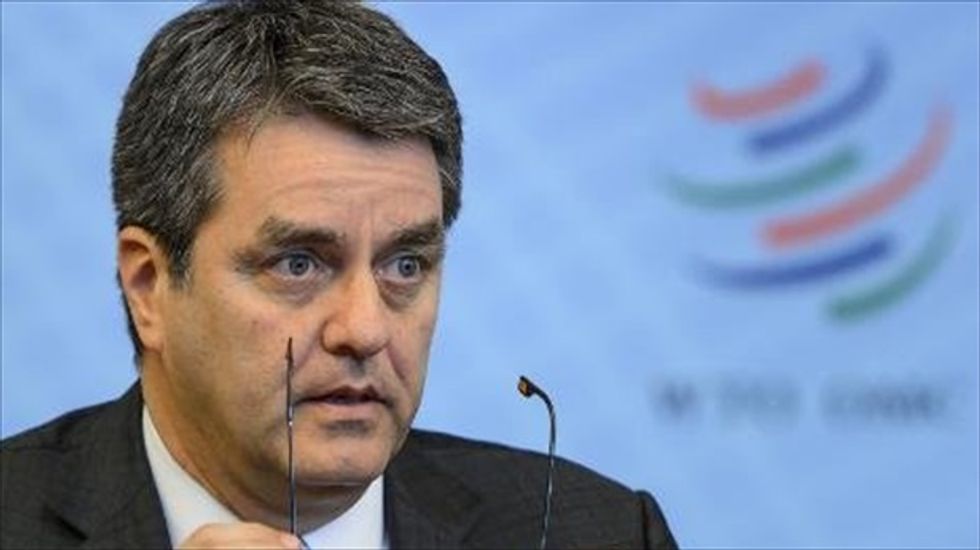 The World Trade Organisation said Thursday that negotiators have made a breakthrough in talks towards a major trade deal, just two days after the agency's chief signaled a stalemate.

Diplomats in Geneva have secured agreement on a key sticking point of a trade package to be put to ministers at a crunch summit next week: trade facilitation, which involves simplifying customs procedures to make commerce smoother.

It is one of the elements making up an overall trade package to be examined during the December 3-6 ministerial meeting at the Indonesian island of Bali.

But the WTO's 159 member states had until now been unable to bridge their differences on the subject, including over the delay developing countries would get to fall in line, and the support they would get from donors to do so.

On Thursday however, the WTO said there had been a "breakthrough on a key section of the Bali package", with the world's poorest countries to be given extra flexibility to implement the new rules under discussion.

"Because of this progress we will arrive in Bali with better momentum and a positive spirit," WTO chief Roberto Azevedo said in the statement.

The Bali meeting is seen as perhaps the last chance to revive the WTO's "Doha Round" of talks for a global trade liberalisation deal, estimated by Azevedo to be worth a trillion dollars.

Launched in 2001 at a summit in Qatar, the talks have foundered over deep-set disagreements between developing countries and developed countries on tariff and subsidies cuts.

Negotiators had long ruled out the chances of making any major progress in the Doha Round during the upcoming Bali meeting.

They have instead extracted parts of the Doha package, in the hopes that agreement on these smaller portions could then lend momentum for the wider Doha deal to be reached.

The package to be presented at Bali is made up of these extracted texts.

WTO rules require deals to be unanimous, and the Doha impasse has led many members to shift focus to negotiating deals such as the Trans-Pacific Partnership or a US-EU accord.

But such regional deals tend to involve richer countries, sidelining the poorest nations.