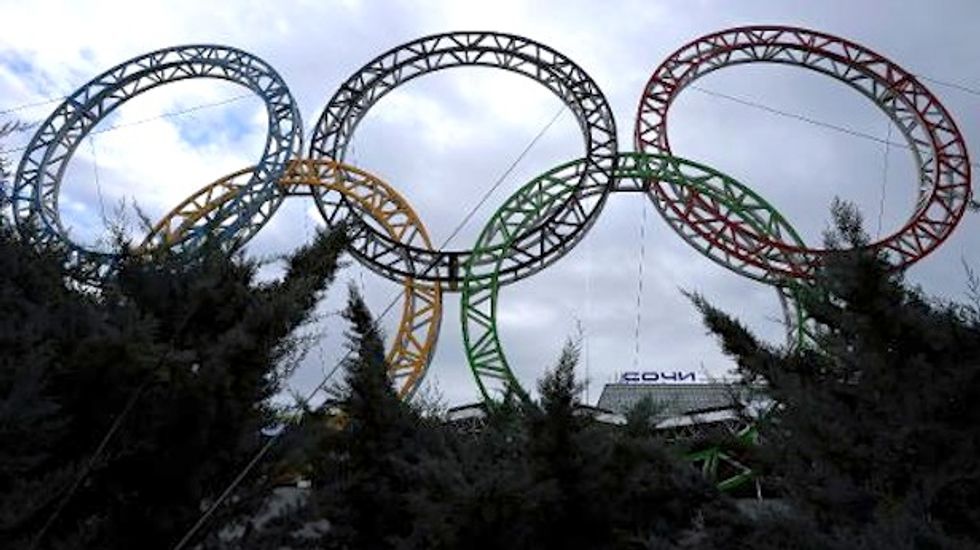 The spider-like helicopter can whirr up straight into the sky, hover over cars and people, zoom in on a license plate and then take a close-up of a man's face in the crowd.

If there is suspicious movement at Russia's Sochi Winter Olympic Games next year, surveillance drones positioned over stadiums, roads and railroads will be there transmitting the images live to Russian security services.

The use of drones is part of a package of security measures that are severe even by standards of recent Olympics and remind many Russians of the draconian lockdown imposed for the 1980 Moscow Games in the Soviet Union.

Authorities will record the Internet and phone connections of all visitors and traffic will be strictly controlled in a huge zone around Sochi.

Meanwhile, critics of the Kremlin are already being harassed.

"There will be 24-hour-drone surveillance," said Nikita Zakharov, the deputy director of Zala Aero, a company that has provided drones and necessary training to the police and other agencies that will use dozens of them to monitor the area.

"The main thing is that you cannot see or hear a drone," Zakharov told AFP, calling them an economical solution to various challenges.

Along with the helicopter drones, all-weather machines with speeds of up to 100 kilometers (60 miles) an hour will zip through the gorges of the Sochi mountains bordering the turbulent North Caucasus region.

Drones have also been supplied to the border service, a subsidiary of the Federal Security Service (FSB) that patrols the mountains bordering Georgia's rebel region of Abkhazia -- an area that will be closed off as a restricted zone starting next January.

Instead of covering the vast snow-covered area with manpower in tough winter conditions, the service can now equip drones with an infrared scanner and observe the video feed comfortably from an operations center.

The Games in Sochi, to be held February 7-23, are meant to showcase the best of modern Russia -- a country steered into the 21st century by President Vladimir Putin.

But observers say that many security measures in fact hark back to 1980, when authorities closed off the capital Moscow to hold the Summer Olympics.

Declassified documents about the Moscow Olympics show that KGB officers impersonated cleaning personnel in hotels, that 6,000 foreigners were on a blacklist, and that police were instructed to prevent "unwelcome persons" from coming to Moscow.

Hundreds of kilometers from Sochi, road signs went up last month warning about "limited access" to the city of 300,000 from January 7.

Sochi will also host the Paralymic Winter Games, March 7-16, and until March 21 every arrival will have to go through a checkpoint, while cars registered in other cities will be banned.

People with Olympic accreditation, including journalists, athletes and judges, will have records of their phone and Internet connections stored in a database for three years and available to the security services on an as-needed basis, according to a recent government decree.

"Take the situation when activists come and phone up journalists to tell them about a protest," said security analyst Andrei Soldatov, who has written critically about pre-Olympic measures.

"The list of these connections will be stored, and they can do with this information whatever they want."

"They are using old Soviet approaches, only combining them with huge amounts of money," he said.

Security in Sochi has been on high alert over fears that Islamist militants may stage attacks on the city. The warlord Doku Umarov in July called on jihadists to "exert maximum efforts" to disrupt the Games with attacks.

Local residents in Sochi over the past month have reported seeing armored vehicles and other machinery delivered to the city on freight trains.

Last month they staged a drill simulating a situation in which groups of militants in "terrorism training" went through the area, with police using mock descriptions of the criminals to intercept them.

In a statement published in state newspaper Rossiyskaya Gazeta, the FSB told the Krasnodar region to "view with understanding" efforts to catch the 50 terrorists aged 22 to 35.

Many people's patience however was tested when the exercise paralyzed Sochi's already gridlocked traffic for two weeks in November.

Meanwhile, activists with the group Environmental Watch on North Caucasus told AFP that their members had been targeted during the drill, and its deputy coordinator Dmitry Shevchenko was searched and questioned at the Krasnodar airport for four hours.

Police have also visited the homes of activists in the region, saying the FSB has given them lists of "suspicious persons" that may do something during the Games, activists said.

"They came because of the Olympics and said that I'm on some sort of list," said Anna Mikhailova, an opposition activist in Krasnodar who is also a member of Environmental Watch.

She was not at home, but police told her father they would be keeping an eye on her, she said.