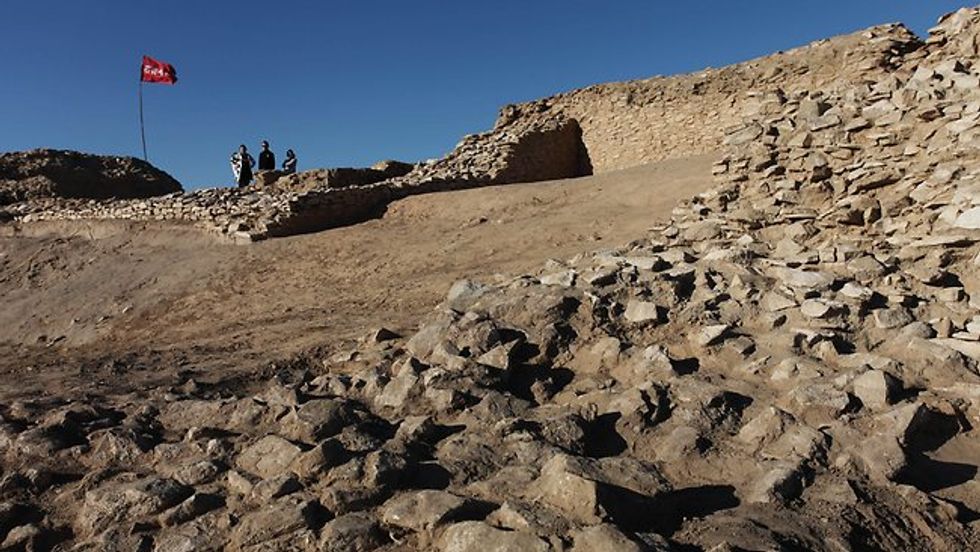 Archaeologists in China have unearthed the skulls of more than 80 young women who may have been sacrificed more than 4,000 years ago, state media reported Monday.

The skulls were found in what appears to have been a mass grave at the Shimao Ruins, the site of a neolithic stone city in the northern province of Shaanxi.

The women's bodies were not present, the official news agency Xinhua said, adding that archaeologists concluded that the skulls were "likely to be related to the construction of the city wall" in "ancient religious activities or foundation ceremonies" before construction began.

There may have been an outbreak of mass violence or ethnic conflict in the region at the time since "ancient people were prone to use their enemies or captives as sacrifices", it added.

The discovery is not the first instance of researchers unearthing remains related to human sacrifice in early China. Kings and emperors were regularly buried along with their servants and concubines, who were sometimes killed first -- and on other occasions buried alive.

The Shimao Ruins cover more than four square kilometres and were discovered in 1976.

The total includes 40 skulls that the Shaanxi provincial government said earlier had been discovered at the site last year.

Sun Zhouyong, deputy head of the Shaanxi Provincial Institute of Archaeology, told state broadcaster CCTV that the initial batch "show signs of being hit and burned".

"This collective burial might also have something to do with the founding ceremony of the city," he said.

Archaeologists have also found more than 100 remains of murals as well as large amounts of jadeware at the site of the ancient city, which sits in the Yellow River basin and is believed to date back to 2000 BC.

In 2005 archaeologists at Hongjiang in the central province of Hunan found an altar devoted to human sacrifice as well as the skeleton of one victim.

A separate altar was used for sacrificing animals at the 7,000-year-old site, which is believed to be the earliest human sacrificial site ever found in the country.