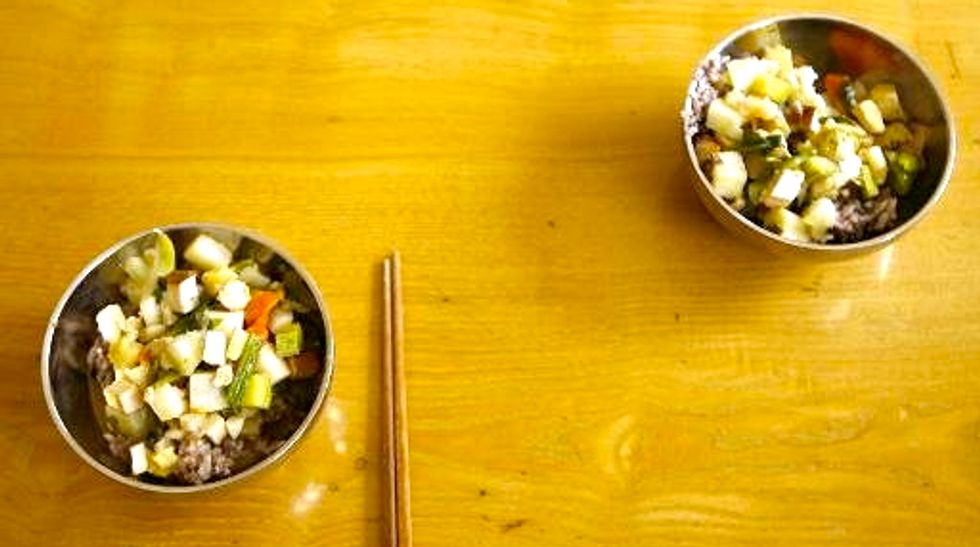 A Biblically-named restaurant in China where patrons can pay whatever they want -- or nothing at all -- has shown that while loving your neighbor may be laudable, it is a risky business model.

The "Five Loaves and Two Fish" restaurant, named for the story of Jesus feeding the five thousand, has been serving up hot meals and coffee daily to a packed house in Fuzhou since it opened its doors in August.

The city centre eatery is open 24 hours a day and is known for its seafood and local Fujianese cuisine, with specialities including garlic scallops, beef with scallions, and pickled pork.

Diners are expected to wash their own dishes after eating and then put whatever money they want to pay into a box.

But according to its investors, as many as one fifth of patrons opt to pay nothing, and the restaurant has lost $41,000 since it opened.

"We initially expected the restaurant to stay open for two months, and now it has lasted three. The losses are not unbearable," owner Liu Pengfei, 50, told the state-run China Daily newspaper.

Liu said in an October television interview that "what we care about most is not money, but trust" -- but he now plans to encourage patrons who have not been paying to explain their reasons why not.

"They can tell me they don't have enough money, that's fine. But paying nothing and saying nothing is totally different," he told the paper.

"Honesty is the first step to building trust. In my eyes, those who don't pay are sick."