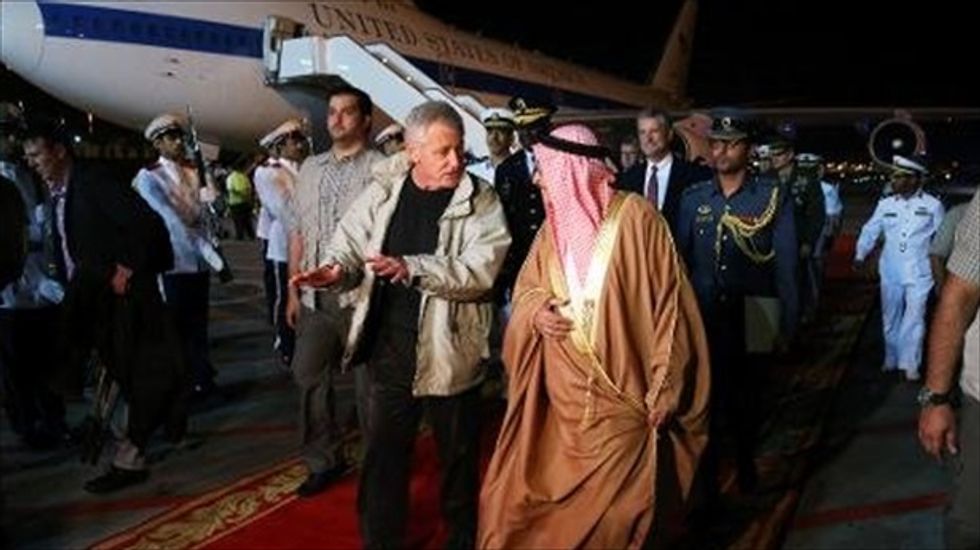 In 2011 Reda al-Fardan watched in horror as Bahraini troops plowed down protestors camped at a Manama roundabout. Now he is among Shiite activists urging greater pressure on the monarchy to implement long-promised reforms.

"It's a moral choice," Fardan said, after meeting in Washington with top Obama aide Susan Rice to urge the United States to throw its weight behind activists.

His NGO, Bahrain Watch, is calling for a transparent, accountable government in the nation ruled by the Sunni Khalifa dynasty since the late 18th century, amid fears of a dangerous and growing sectarian divide.

Fardan, 29, grew up in the western Shiite coastal village of Karzakan, and witnessed how the tumult caused by the Arab spring unleashed decades of anger against failure to introduce democratic reforms.

"We all know that the government is ruthless and brutal, but seeing it first hand, just each day you see this again and again... things become emotional."

Around 90 people have died in the protests which have now simmered for almost three years, and about 2,500 people are believed to remain in jail.

Bahrain Watch is leading a campaign called "Stop the Shipment" amid fears a South Korean company, DaeKwang Chemical, is considering supplying some 1.6 million rounds of tear gas to Bahrain -- more than the island's entire 1.2 million population.

Fardan and other rights activists allege tear gas is used indiscriminately in Shiite villages, with soldiers coming at night and firing into the windows of homes to punish any sign of protest on the streets.

This has been denied by the authorities in Manama.

Last year, the New York-based rights group Physicians for Human Rights documented reports of women miscarrying after frequently being exposed to tear gas, as well as cases of deaths from respiratory illnesses.

The US has stopped shipments of tear gas to Bahrain, but Fardan said he appealed to US national security advisor Rice on Wednesday to "put pressure on their allies not to cooperate with the Bahraini government."

It does have an effect if the US tells South Korea not to ship the supplies, he said.

"That would give a message to the government," insisted the Cambridge University-educated chemical engineer, who since 2012 has lived in France with his Sunni Algerian-Pakistani wife.

"What they need to do is to take the moral stance, there is no other way about it. I know there are US interests, but they need to understand the longer this conflict within the country happens... it is a breeding ground for extremism."

The United States has leased a naval base from Bahrain since the former British protectorate won independence in 1971 which today is the strategic headquarters for the US Fifth Fleet.

In a speech to a conference organized by Human Rights First in Washington, Rice said: "We serve both our principles and our security by pressing for national reconciliation between the government and the opposition.

"Through concrete actions, including withholding portions of our military assistance, we're urging the government to lift restrictions on civil society."

Defense Secretary Chuck Hagel visits Bahrain later this week, and watchdog Reporters Without Borders also called on him to raise the issue of freedom of information.

In a letter to Hagel, the group highlighted the cases of seven photographers and bloggers detained for publishing images and information on blogs and websites criticizing the government crackdown.