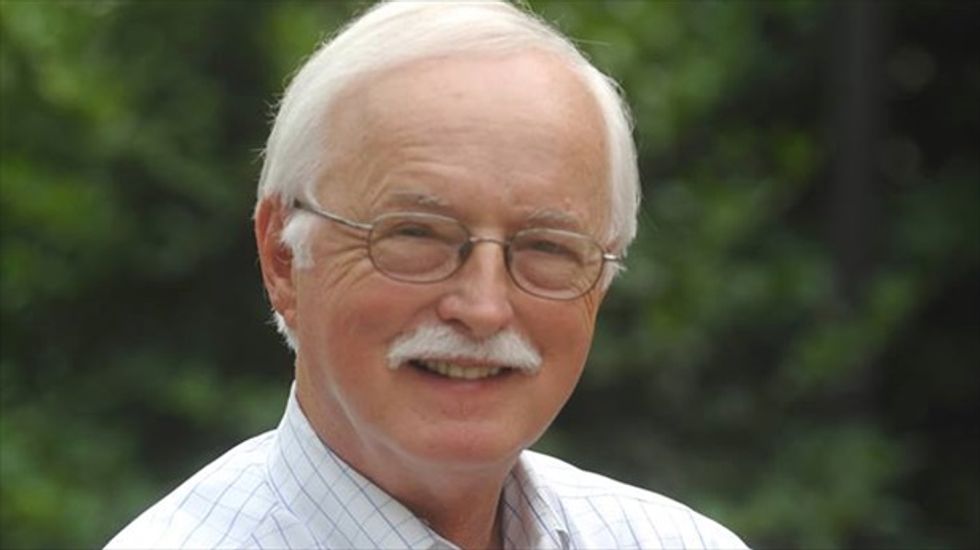 An Alabama state senator has promised to introduce a bill calling for the state to lend its support to suspended Duck Dynasty star Phil Robertson, the Daily Home reported on Tuesday.

State Sen. Jerry Fielding's (R) bill states in part that Robertson, who was benched following homophobic and racially-fueled statements to GQ, "should not be penalized in any way for practicing freedom of speech, but should be celebrated as a hero for courageously revealing his self-truth and Christian ideals in a world that can be unkind towards those with a conservative mind-set."

Like other Republican figures, Fielding bases his defense of Robertson's remarks -- which included likening homosexuality to bestiality and stating that "a vagina — as a man — would be more desirable than a man's anus" -- on the argument that Robertson was stating his interpretation of the Bible, a right that should have been protected by A&E, the network that airs his show.

"It is no secret that Robertson is a devoted Christian, and the fact that the television network caved to pressure from liberals is an alarming trend that has freedom-loving people rightfully outraged," Fielding wrote on Facebook on Dec. 22. "There has never been a more important time to stand up for our right to observe and hold fast to our Christian values."

However, Fielding's defense is also similar to the GOP line on Robertson in ignoring the racial components of Robertson's GQ interview, like his belief that "pre-entitlement" Black Americans were happier living in the Jim Crow era, and his decision to vote for Mitt Romney in the 2012 presidential election under the belief that Romney was from Salt Lake City (he's actually from Boston), as opposed to Chicago, where President Barack Obama lived before winning the presidency.

Fielding's bill calls for the state legislature to be "united in support" of Robertson and his family, saying the Duck Dynasty stars have been "ambassadors of the love and grace of the Heavenly Father through their exemplary lives on and off the camera." The legislation did not specify whether Robertson's 2010 sermon calling the LGBT community "full of murder, envy, strife, [and] hatred" and "insolent, arrogant, God-haters" counted as an example of that cause.