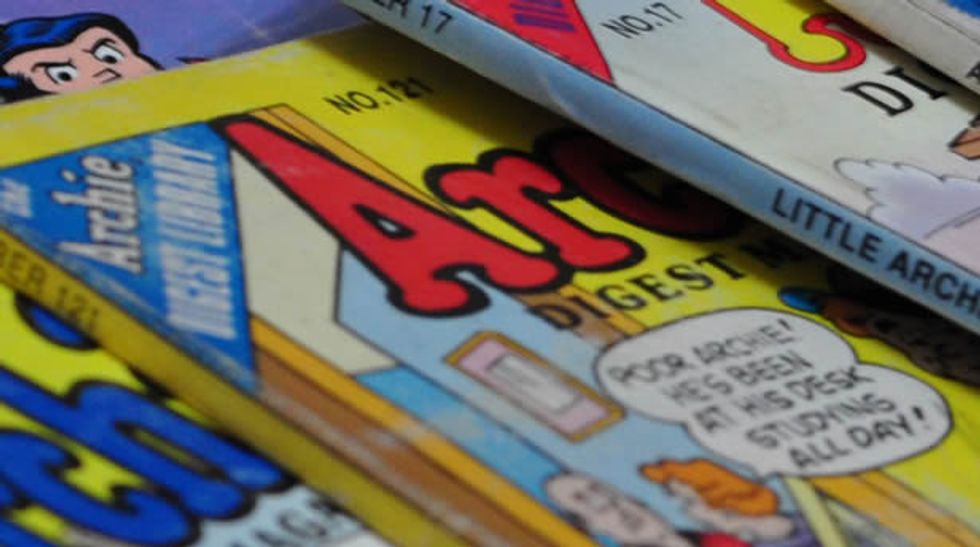 The female chief executive officer of Archie Comics is being sued for gender discrimination by her male employees.

Nancy Silberkleit's lawyers claim the suit is baseless because the employees, all white men, don't belong to a protected class. The five employees -- including Archie president Mike Pellerito and editor-in-chief Victor Gorelick -- claim that Silberkleit used "gender as a weapon" to degrade them, for example, by refusing to call them by their names and instead referring to all of them as "Penis." They also accuse her of frequently yelling "Penis! Penis! Penis!" in staff meetings.

According to court records, "[p]laintiffs fail to allege that any such comments were directed at any of the plaintiffs in particular, or they could cause extreme emotional distress even if they had been."

But the employees contend that "the word ‘penis’ became somewhat of a campaign slogan and her preferred method of referring to employees in lieu of their names."

On Friday, Silberkleit told the New York Daily News that "I do not act the way it's been reported," adding that the accusations "extremely damaging to myself and Archie Comics. Archie Comics to me stands for very high values that are global values."

And, she claims, because of their "global values," she is rarely even in the office. "I go around the world and promote Archie Comics," she told the Daily News. "That's what I do."

According to the employee's suit, she also invites Hell's Angels into the office to intimidate employees, and frequently inquires about the location of a handgun and 750 rounds of ammunition she believes her late husband kept in the office.

In 2011, the other CEO, Jonathan Goldwater, filed a suit against her, claiming that she is "unstable" and bankrupting the company. That case was settled, with the parties agreeing to hire a go-between, Samuel Levitin, to facilitate communication between Silberkleit and her employees. However, earlier this year, the go-between, Levitin, filed a lawsuit against her, claiming that she had become unhinged and needed to be removed. That case is still pending.