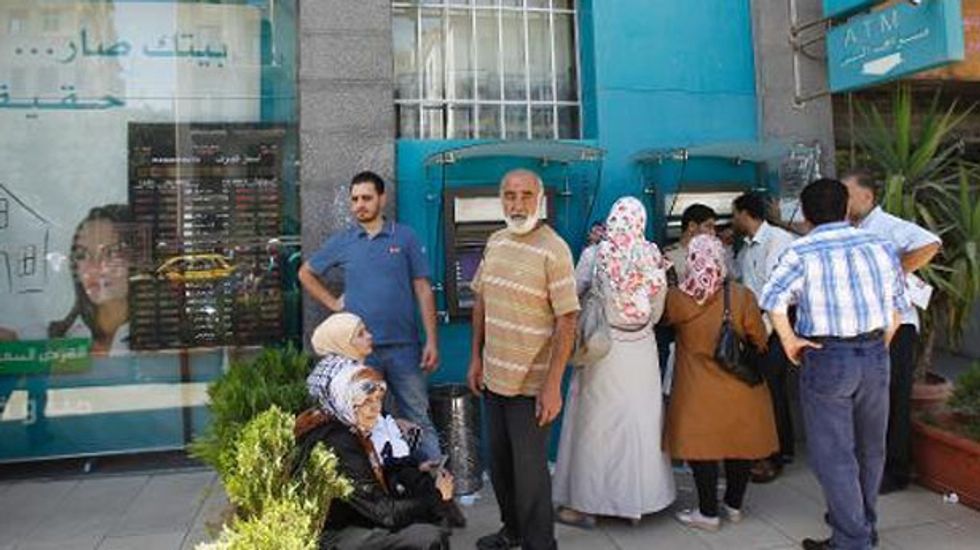 At least 15 Palestinians have died of hunger since September in a besieged refugee camp in the Syrian capital Damascus, the UN agency for Palestinian refugees told AFP on Monday.

"Reports have come in over the weekend that at least five Palestinian refugees in the besieged refugee camp of Yarmuk in Damascus have died because of malnutrition, bringing the total number of reported cases to 15," UN Relief and Works Agency spokesman Chris Gunness told AFP.

He warned of a deteriorating situation in the camp, where some 20,000 Palestinians are trapped, with limited food and medical supplies.

"Since September 2013 we have been unable to enter the area to deliver desperately needed relief supplies," Gunness said.

"The continued presence of armed groups that entered the area at the end of 2012 and its closure by government forces have thwarted all our humanitarian efforts."

Most of the Yarmuk camp in southern Damascus is under the control of the armed opposition, and it has been under a siege by troops loyal to President Bashar al-Assad for around a year.

The blockade has resulted in a humanitarian crisis, and the exodus of tens of thousands of the camp's 170,000 residents.

On Friday, the Syrian Observatory for Human Rights NGO reported five people in the camp had died of malnutrition, including an elderly man, a disabled man and a woman.

"If this situation is not addressed urgently, it may be too late to save the lives of thousands of people including children," he warned.

Gunness said UNRWA was calling "all parties to immediately heed their legal obligations and facilitate the urgent provision of humanitarian assistance to Yarmuk and other Palestinian refugee camps."

Syria is officially home to nearly 500,000 Palestinian refugees, around half of whom have been displaced by the deadly conflict that broke out in March 2011, becoming refugees for a second time.

More than 126,000 people have been killed in the Syrian conflict.