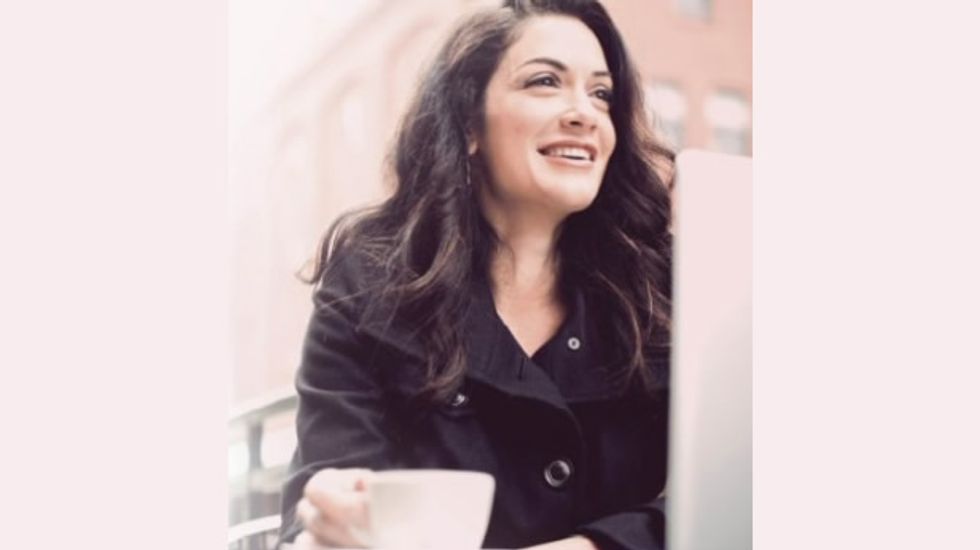 An atheist group in Canada is considering filing a human rights complaint after the country's largest billboard company, Pattison Outdoor, rejected this advertisement: 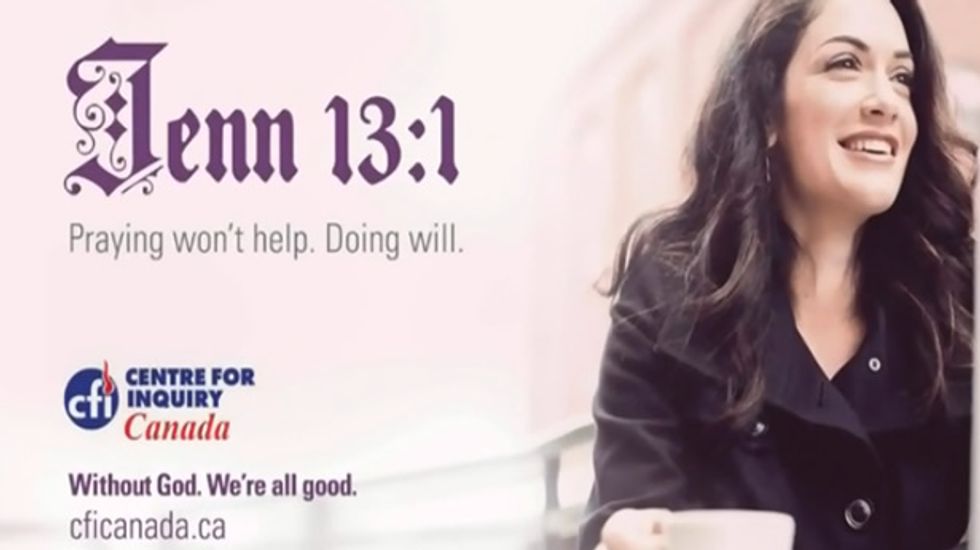 The Centre for Inquiry Canada (CFIC) created a billboard which shows a woman drinking coffee next to the title "Jenn 13:1" and the text, "Praying won't help. Doing will." Below the group's name, it reads "Without God. We're all good."

A CFIC board member, Pat O'Brien, told the CBC that Pattison Outdoor "didn't really give us a good reason why they turned us down. In fact when we asked for some guidelines, they said they didn't have any guidelines that they could give us."

Randy Otto, Pattison Outdoor's president, insisted that the problem isn't with the content of the ad, but with the CFIC's reluctance to submit to the company's normal editorial process. "They took a stand which said, here it is, you run it as it is or we'll take our ad and go away. And now they're suggesting that taking their ad and going away is somehow a violation of their human rights," he said.

"We had already spent our design budget, we’re a small organization with a limited amount of money to spend," he said. "What they asked us to do was come back with a redesign and they would consider that. We don’t think it’s the place of the billboard company to determine what our message should be."

Otto insisted that he's not trying to shape the organization's message. "We’re not banning them from running their ad. It’s not a freedom of speech issue," he said.

"It’s simply that we have guidelines in our company in regards to advocacy advertising which we try to follow. They refused to make any changes to the copy whatsoever."

[Image via The Center For Inquiry Canada]