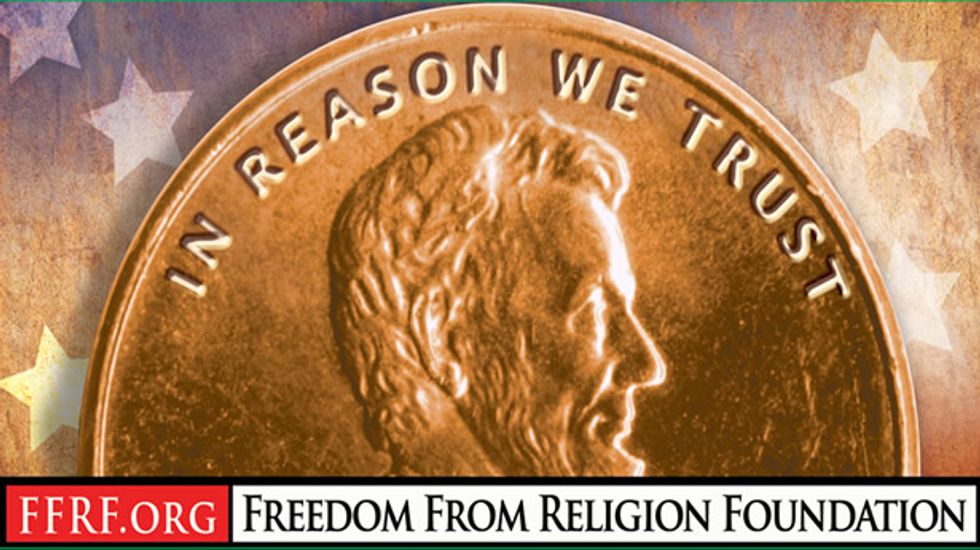 A sign installed by the Freedom From Religion Foundation (FFRF) outside of Chicago has been vandalized.

The sign, which reads "[l]et reason prevail. There are no gods, no devils, no angels, no heaven or hell. Religion is but myth and superstition that hardens hearts and enslaves minds," was erected in North School Park directly across from a Nativity scene.

According to police reports, the sign was vandalized on December 20, December 22, and again on Christmas Eve.

"I was surprised," said Tom Cara, president of the Freedom From Religion Foundation's Chicago chapter. "I like to think the Chicago metropolitan area is a very diverse community and very tolerant and very accepting of different viewpoints."

Cara told The Daily Herald that the sign raises issues that are "divisive and emotional," but that he would not be installing it again this year. It had been up since November 30, and was scheduled to be taken down soon anyway.

"So perhaps the best thing is to leave it as is, so that people can see what a divisive issue religion can be when debated on government property."

When asked whether he would install a similar sign next year, Cara only said, "[w]e're only there because the religious symbols are there."

"So often when Religious Right groups push to erect manger scenes on public property and the government responds by calling it a 'public forum,' there truly is 'no room at the inn' for minority or nonreligious views," said FFRF Co-President Annine Laurie Gaynor in a statement. "There is only a forum for dominant Christian views."