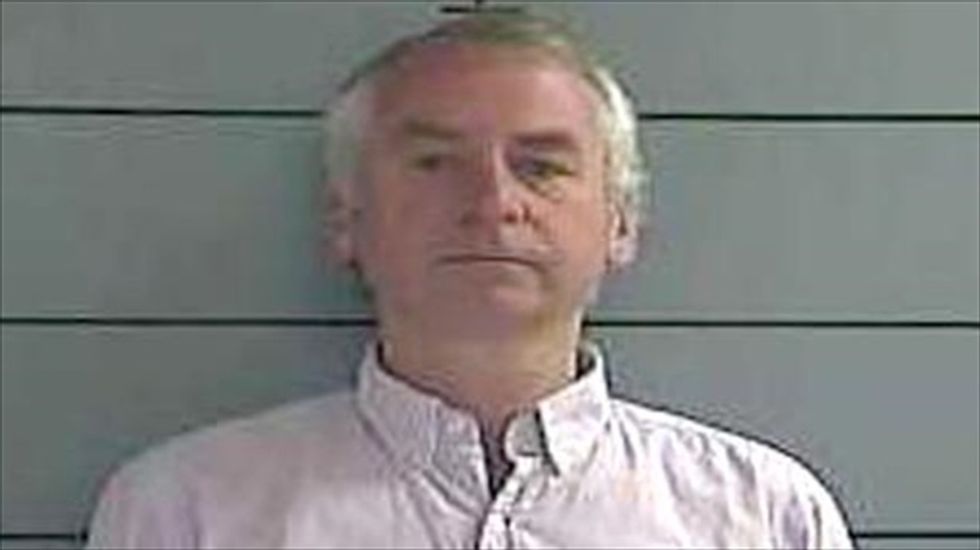 Paul 'Doug' Peters, Australian investment banker who tied a fake bomb around the neck of a schoolgirl to extort money from her wealthy family, is shown in a booking photo, Aug. 16, 2011 [AFP]

An Australian investment banker who tied a fake bomb around the neck of a schoolgirl to extort money from her wealthy family had his appeal against his jail sentence thrown out Friday.

Paul Peters, who was arrested and extradited from the United States in 2011 with the help of the FBI, wanted his 13-and-a-half year punishment cut, claiming the judge did not take his mental illness into account.

But the New South Wales Court of Criminal Appeal refused.

"The non-parole period of 10 years was entirely appropriate, in my view, to reflect the objective gravity of this offence," the court ruled.

"Despite the severity of the sentence, I am not persuaded that it is plainly unjust."

The father-of-three made global headlines in August 2011 when he broke into the multimillion-dollar Pulver family home in Sydney wearing a mask and strapped a device to the 18-year-old's neck with a note claiming it was a bomb.

A Sydney court last year heard he was suffering psychiatric problems after his marriage broke down and he lost custody of his children.

Police, bomb squad and other emergency services descended on the scene and Pulver endured a horrifying 10-hour ordeal with experts working into the night to remove the device, only later establishing it was an elaborate hoax.

Peters never gave evidence nor explained why he targeted Pulver.