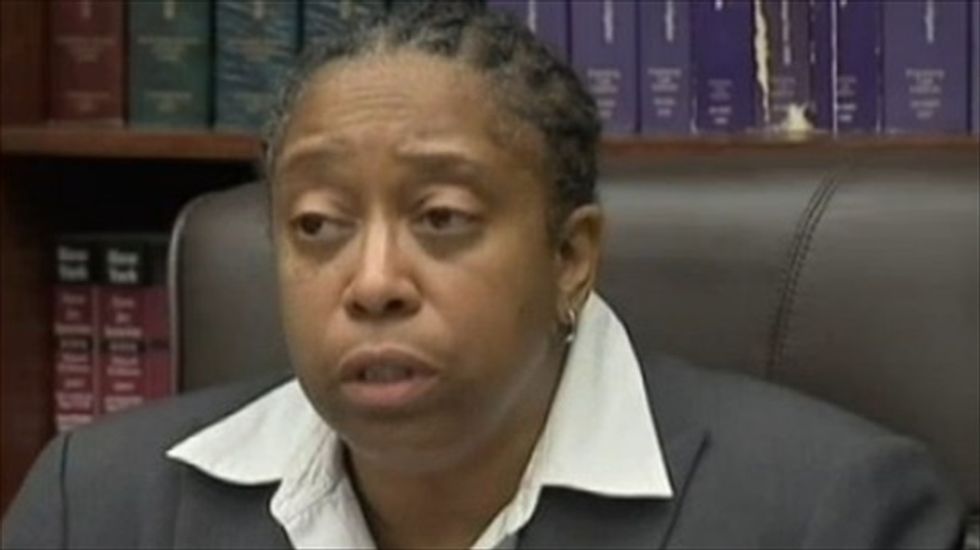 A 19-year Black veteran of the Nassau, New York police force has publicly questioned her Nov. 29 arrest, saying she was racially profiled by colleagues despite her identifying herself as an officer, WNBC-TV reported on Thursday.

"I have been terribly disappointed by the Nassau County Police Department, to whom I have dedicated two decades of my work life," Officer Dolores Sharpe said during a press conference. Sharpe was picked up on charges of resisting arrest and harassment while off-duty, after being confronted by an unidentified white officer she said she did not know while shopping at a West Hempstead store.

According to Sharpe and her attorney, Fred Brewington, the officer approached her before and after she visited the store, arguing that she parked in a spot blocking his view while he carried out an investigation. Brewington said that while the officer did not use racial slurs against Sharpe, he did employ "all types of curse words and [made] comments to her that I can't repeat."

The officer later pulled Sharpe over about two blocks away, where he was joined by a second officer. Shortly thereafter, the two took her into custody, even though Sharpe told her she was part of the force and requested that a supervisor be called to the area.

"I have been wrongfully charged and falsely arrested, requiring me to defend against allegations that are based on prejudice coming from my own police force," Sharpe said at the press conference.

Sharpe, who was allegedly told during her arrest that she would be suspended without pay, has been assigned to work as a screener for applications to the department. She is due in court on Jan. 9, 2014.

The Associated Press reported that Sharpe's allegations come a month after a 27-year-old woman sued the department for an alleged assault at the hands of an officer while she was in the back of his patrol car. And former Nassau Deputy Police Commissioner William Flanagan was sentenced in July to to 60 days in jail and community service for his role in helping a department benefactor's son facing burglary charges.

Watch WNBC's report on Sharpe's encounter with her fellow cops, aired on Thursday, below.