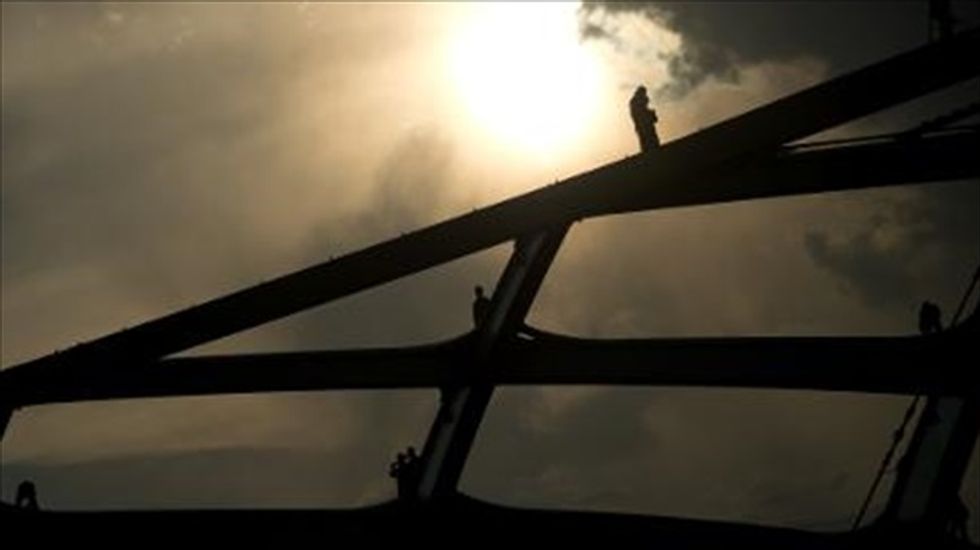 Brazil's northern Amazonia state ruled Wednesday that work could resume fully at the World Cup stadium in Manaus where a worker fell to his death over the weekend, media reports said.

Construction at the site partially resumed on Monday, although not at the roof where the 22-year-old worker fell 35 meters (110 feet) Saturday after his protective cable snapped.

However, the public prosecutor's office, which approved the resumption of construction, also ruled that there should be no further night work.

The victim -- the second fatality at the Arena Amazonia this year -- died as he prepared to finish a night shift.

An investigation into health and safety conditions at the site determined that main contractor Andrade Gutierrez had undertaken measures to improve safety, such as increased supervision of safety equipment and the stability of scaffolding.

The company had faced a daily fine of 100,000 reais ($45,000) had it not fully complied with judicial worker safety regulations.

Workers had threatened a strike after Saturday's tragedy, the fourth to hit World Cup stadiums.

On November 27, two construction workers died at the stadium in Sao Paulo, which will host the June 12 opening match between Brazil and Croatia after a crane fell onto part of the stadium at it lifted a final piece of roofing into position.

Manaus suffered a first death last March when a 49-year-old man plunged to his death and there was also a fatality last year at the new stadium in Brasilia.