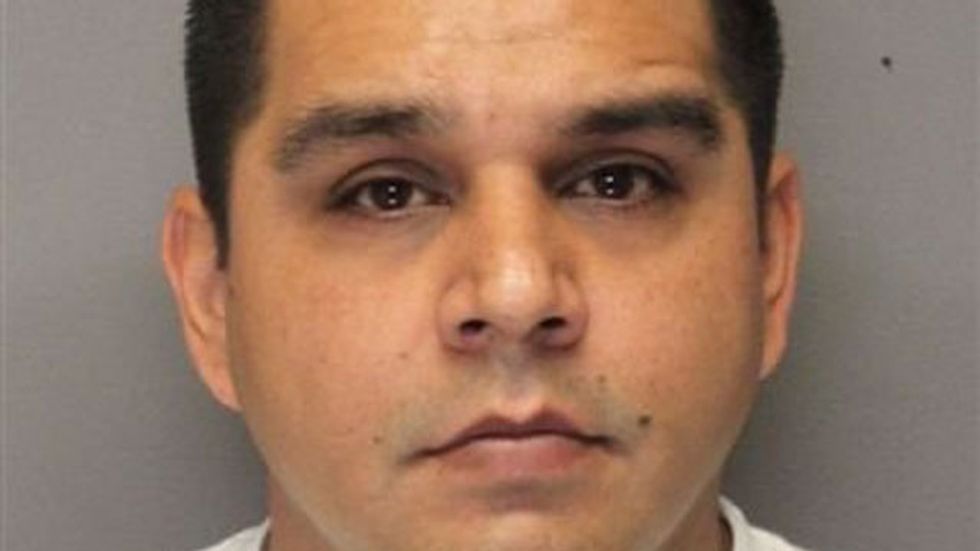 A West Sacramento, CA police officer is accused of sexual assaults on seven women, including a 30-year-old woman who court documents describe as "mentally disabled." The Sacramento Bee reported that Officer Sergio Alvarez allegedly subjected the 30-year-old woman to two separate attacks between May and September of 2012.

The woman filed a federal lawsuit on Monday with the help of attorney Samuel Katz and her mother, who is acting as her guardian in the trial after a hearing in May, 2013 found her incompetent. The suit names the city of West Sacramento, Officer Alvarez and now-retired Police Chief Dan Drummond as defendants.

Alvarez, the suit states, engaged in “sexually predatory conduct,” isolating women in the community out as victims "as a hyena hunts for vulnerable victims." The officer worked the graveyard shift and was reportedly notorious among West Sacramento's most vulnerable women citizens; the homeless, the destitute and the mentally ill or disabled.

The officer was indicted by a grand jury Oct. 4 on charges of kidnapping, rape, forced oral copulation and sodomy. In the case filed Monday, the plaintiff alleged that Alvarez arrested and handcuffed her on a minor offense, drove her in his police cruiser to a deserted parking lot and forced her to perform oral sex on him.

The suit said that the plaintiff “did not physically resist because she feared incarceration, a new arrest or potentially inflated criminal charges and further physical harm.”

Furthermore, “After the oral sex act was completed to Officer Alvarez’s satisfaction, she exited the vehicle and walked away. Officer Alvarez did not attempt to stop her.”

Alvarez repeated the assault days later, this time forcing himself on the victim from behind, sodomizing her. At no point, the suit said, did Alvarez use a condom or offer the woman any form of protection against STDs.

The plaintiff reportedly attempted to report Alvarez to fellow police officers on multiple occasions, but no action was taken until after his arrest in Feb. 2013.

The grand jury indictment did not list the victims' names, but referred to them as "confidential victim(s)."

Alvarez' attorney did not comment to the Bee. Police Chief Drummond told reporters on the day of the officer's arrest that his termination paperwork had been filed.

Sergio Alvarez is currently in custody on a reported $26.3 million bail.