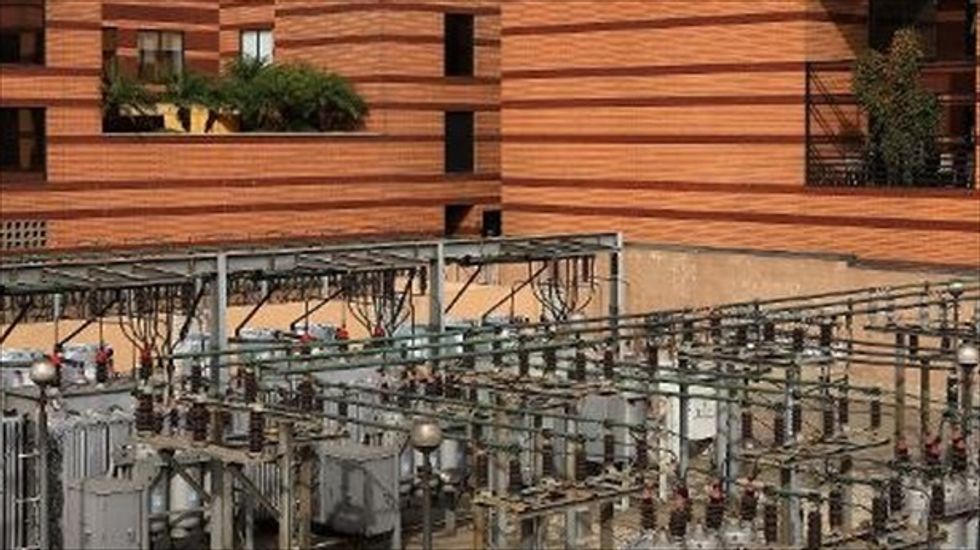 An electric power distributing station is seen on Dec. 11, 2008 in Burbank, California [AFP]

Scientists in Canada on Tuesday announced the discovery of a greenhouse gas with unprecedented potential to warm the Earth, and said the chemical has been lurking in the atmosphere for decades.

The substance -- perfluorotributylamine (PFTBA) -- "is the most radiatively efficient chemical found to date, breaking all other chemical records for its potential to impact climate," scientists at the University of Toronto said in a statement.

The man-made chemical has been used in electrical equipment since the mid-20th century, and currently is used for electronic testing and as a heat transfer agent.

It has only now been determined to impact climate, and according to the University of Toronto chemists, there are no known processes for destroying or removing it from the lower atmosphere.

"So it has a very long lifetime, possibly hundreds of years," said researcher Cora Young.

"Calculated over a 100-year timeframe, a single molecule of PFTBA has the equivalent climate impact as 7100 molecules of CO2," added her colleague Angela Hong.

The findings were published in the online edition of Geophysical Research Letters.