Doug Stanhope on raising money for atheist tornado survivor: I did it simply to be a prick 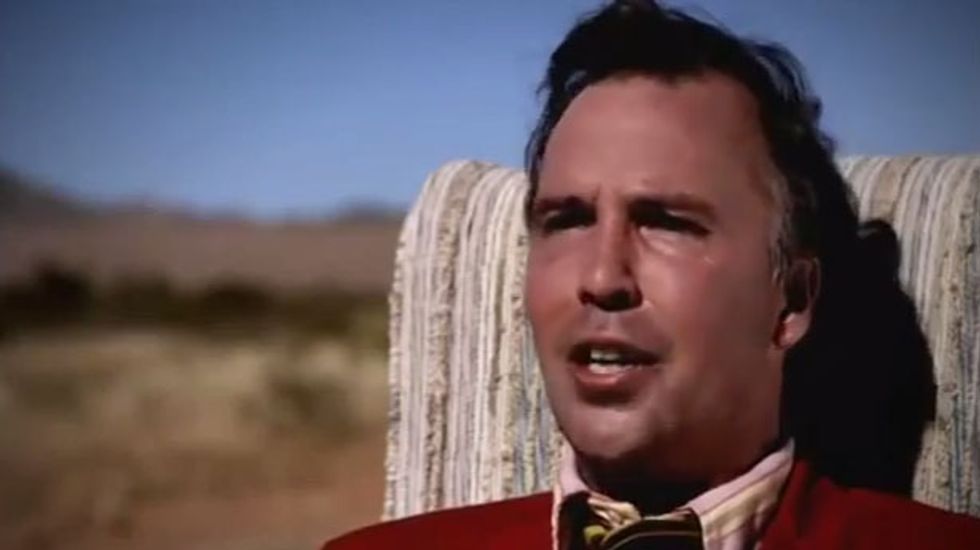 Comedian Doug Stanhope helped raise more than $100,000 for an Oklahoma family whose home had been destroyed by a tornado.

But he didn't do it out of the goodness of his heart or because he was sympathetic. He just takes pleasure in mocking the faithful.

"I didn't do it because I felt sympathy because she got all her sh*t destroyed by a tornado. I did it simply to be a prick to her Okie Christian neighbors," Stanhope said in a video uploaded to YouTube on Monday. "It's funny how hate can make you do real nice things every now and then."

After a tornado ripped through the town of Moore, Oklahoma in May, CNN host Wolf Blitzer asked resident Rebecca Vitsmun if she thanked the Lord for surviving. She replied that she was an atheist.

"If you didn't think that took balls you've never been to Oklahoma," Stanhope remarked. "Saying 'I'm an atheist' in Oklahoma is like screaming 'Jihad' at airport security. It took some nuts."

"If you watch the footage, all the other victims are on the news thanking Jesus for only killing their neighbors and not them, while a crawler is on the screen telling me where I can text money to help them out," Stanhope said.

"F*ck them. I don't want Jesus getting credit for my $50. I'll help that other girl out. She ain't got no Jeebus, she gonna need money."

Vitsmun's home was destroyed in the storm, and Stanhope started a fundraising drive on the website Indiegogo. The campaign, titled "Atheists Unite," ended up raising $125,760.

Stanhope, who is known for his abrasive and politically incorrect comedy, said in October it felt great to help a family in need -- even if his motivations weren't altruistic.

"I can't remember being happier in a shitload of years, repeatedly hitting refresh in those first days and seeing the numbers go up every minute," he wrote at Vice.com. "Charity feels good, even when you're doing it as a big 'Fuck You' to Christians who you've pre-judged, and not because you care about someone losing their shit. Realizing you've actually changed an individual's life. It was pretty goddamned thrilling."

Watch video, uploaded to YouTube by Doug Stanhope, below.