Elton John to speak out for LGBT rights at Moscow concert 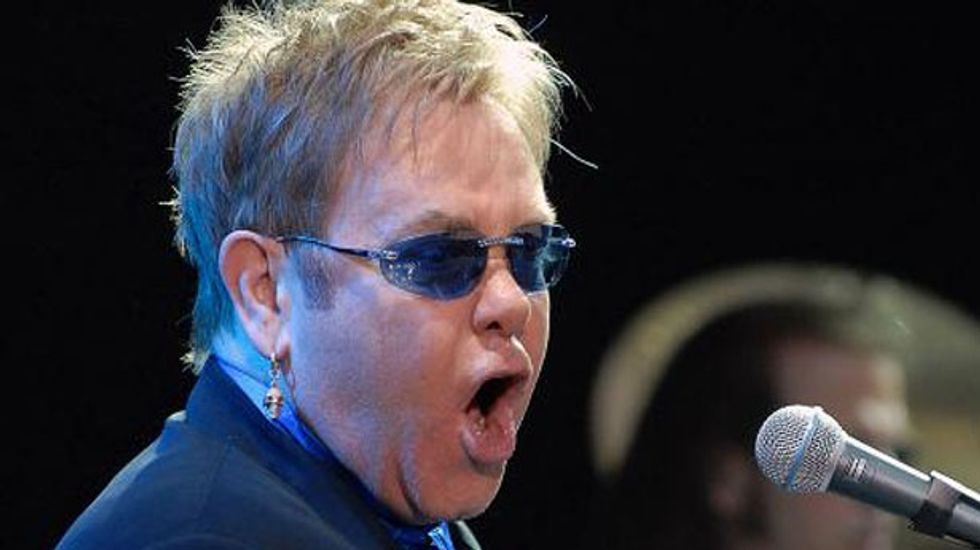 Elton John is to play a concert in Moscow on Friday during which he has vowed to raise the issue of Russia's legal crackdown on gay rights.

The British singer told CNN last month that he was "going to say something from the stage that's... going to be meaningful" when he plays two dates in Russia, in Moscow on Friday and the Volga city of Kazan on Saturday.

He said he planned to be cautious on stage in Russia, fearing that he would be thrown out if he was strongly critical of President Vladimir Putin.

But he added he planned to "meet with the LGBT community", describing the current situation in Russia as "awful".

He will be the first major Western star known for strong support of gay rights to play in Russia since Putin in June signed a national law banning "propaganda of homosexuality" to minors.

The loosely worded law aggressively lobbied by conservative lawmakers can be used to ban any gay rights event, critics say.

Elton John publicly announced his homosexuality in 1988 and is in a civil partnership with his partner David Furnish. The couple have two children born to a surrogate mother. He is a major backer of programmes to help those with AIDS. In 2009, Ukraine refused to let him adopt an HIV-positive toddler.

The organisers of his Russian tour this week quashed rumours that Elton John might not arrive for the Moscow concert, whose tickets are sold out on the venue's website.

"Despite the groundless rumours spread by the Internet and media that Elton John's concerts in Russia could be cancelled, the organiser assures you that Elton John's shows in Moscow and Kazan will go ahead as planned," the Russian promoters, SAV Entertainment, said in a statement.

Before Russia's national law was signed into being, both Madonna and Lady Gaga last year used concerts in Saint Petersburg to speak out on stage against local legislation that went in the same direction.

The promoters of Lady Gaga's concert were fined last month by a Saint Petersburg court under a child protection law which includes the ban on gay propaganda.

Russia decriminalised homosexuality in 1993, but its medical institutions continued to class homosexuality as a mental disorder until 1999.

Russian society remains deeply homophobic, with a survey by Levada independent polling centre in March finding that 34 percent thought homosexuality was an illness that should be treated.