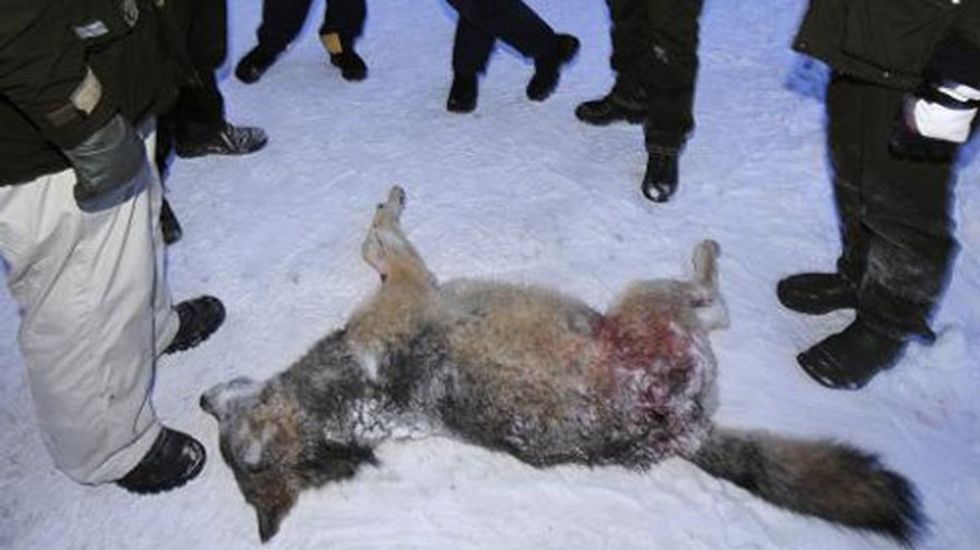 Swedish environmental groups on Friday vowed to block plans to cull wolves in controversial licensed hunts aimed at keeping their numbers down and potentially cutting the wolf population in half.

The first hunt is scheduled for February 1, 2014 with a target of 30 wolves and will be the first licensed wolf hunt since 2011.

"We will appeal, we stopped it last time," Mikael Karlsson from the Swedish Society for Natural Conservation (SNCC) told AFP, referring to a court decision in February which stopped the cull of 16 inbred wolves and ruled that hunts were not the right method.

But since then the government has argued that the wolf population has increased and that licensed hunts are needed to protect livestock and increase public support for maintaining wolves in the wild.

"Sweden has never had so many large predators as now. That's good news for everyone who works to protect biodiversity," Environment Minister Lena Ek said in a statement at the launch of its new wildlife policy.

"But it means we have to take into account people who live and work in areas with a concentration of predators."

Under the new policy Sweden's wolf population could be reduced to 170 from the current level of 350 to 400.

Environmentalists say that is too few to ensure their survival and claim that Sweden is violating European Union conservation laws.

"It's deplorable that the government is consciously undermining the whole EU legal system that should protect endangered species," Tom Arnbom, an expert on predators at Swedish WWF, said in a statement.

The European Commission has threatened Sweden with legal action over the licensed hunts in the past and Swedish activists believe it will back up their case again.

"There is no scientific basis for these figures... It's a purely political decision," said Karlsson, arguing that the government fears losing votes in rural areas targeted by the pro-hunting Sweden Democrats party.

However, the new targets do not go far enough for Sweden's hunting lobby which said that killing 30 wolves in February will not keep the growth of the population in check and that its numbers should be reduced to at least 170.

"We think grey wolves in Sweden should not be in the wild... they should be kept behind fences," said Johan Bostroem from the National Association of Huntsmen, adding that there is no longer enough space for wolves and people to co-exist in parts of Sweden.

"They cause a lot of problems... and too much destruction of sheep and cattle."