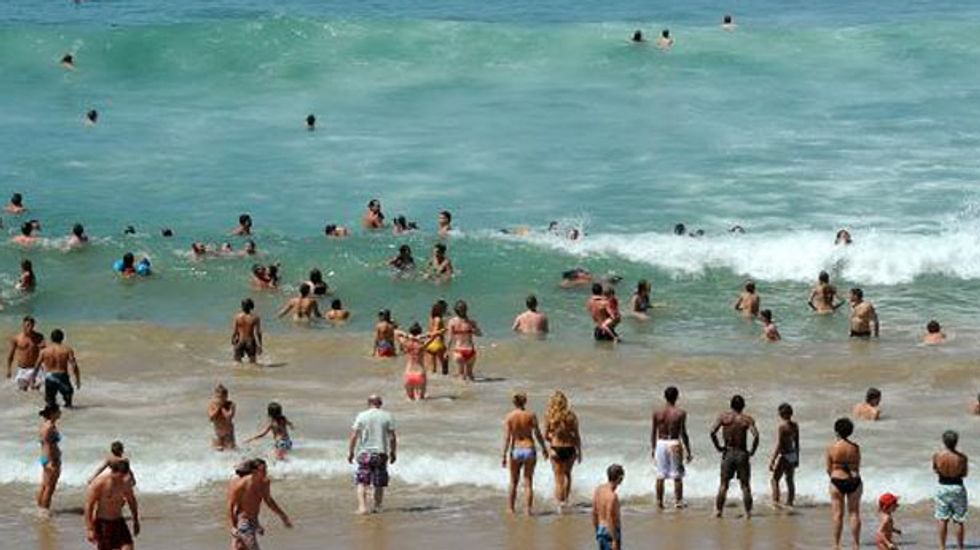 Europe will likely be a much warmer place by century's end, plagued by frequent downpours over its entire landmass and heatwaves and droughts in the south, new research showed Monday.

The continent could see average temperatures rise by 1.0 to 5.0 degrees Celsius (1.8-9.0 deg Fahrenheit) by 2100, said a statement announcing the results of a three-year climate analysis by 27 research institutions.

"We see that Europe warms at a faster rate than the global average," climate researcher Robert Vautard of France's National Centre for Scientific Research (CNRS)told AFP of the findings.

By the middle of the century, temperatures will be about 1-3 C higher in the south of Europe in summer, and 1-4 C in the northeast in winter, he said.

This was higher than the projected global average based on calculations of the UN's Intergovernmental Panel on Climate Change -- between 0.5 C and 2 C over the same period, said Vautard.

The findings -- a set of simulations based on different global warming scenarios -- have been published in two scientific journals and were released Monday as a free tool for policymakers under the banner of the Coordinated Regional Climate Downscaling Experiment (CORDEX).

A key finding, said Vautard, was the likelihood of more intense rainfall in Europe overall -- "that is to say more frequent downpours".

"Another strong conclusion is a projected increase in heatwaves in south and central Europe," with more frequent droughts, he said.

Vautard said the CORDEX simulations would allow planning for climate impact on a very localised scale -- the grid spacing between points on the map was about 12 kilometres (7.5 miles), compared to a spacing of 100-200 km more commonly used in such climate projections.

UN member states are negotiating a new deal to try and limit average global warming to 2 C (3.6 F) over pre-Industrial Revolution levels -- a goal many scientists say is no longer within reach.